Coinneach Macleod talks about friends, family and food – and how it feels to have 20 million people watching you bake. 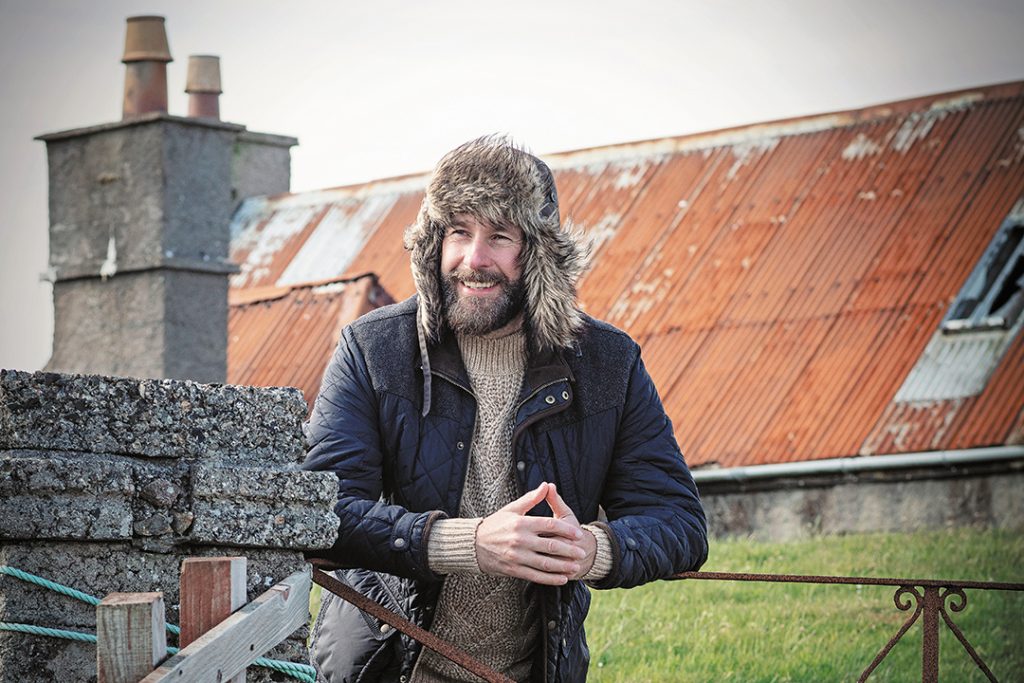 What’s on your bucket list? Thrills and adventure? Travel to far-flung places?

While Coinneach Macleod never actually sat down and wrote his out, it seems he has been living his dreams, quietly and unassumingly, for the last 25 years.

You might recognise him now, though. Thanks to a pandemic-induced TikTok account that has clocked up almost 250,000 followers so far, the man known as the Hebridean Baker is mapping out where his bucket list is going to take him next.

COOKING UP A STORM

For Coinneach, who grew up on the isle of Lewis in the Outer Hebrides, the thought of jetting off to Las Vegas to speak to devotees of his cookbooks is just as exciting as visiting his 93-year-old auntie, from whom he got his love of baking and cooking. 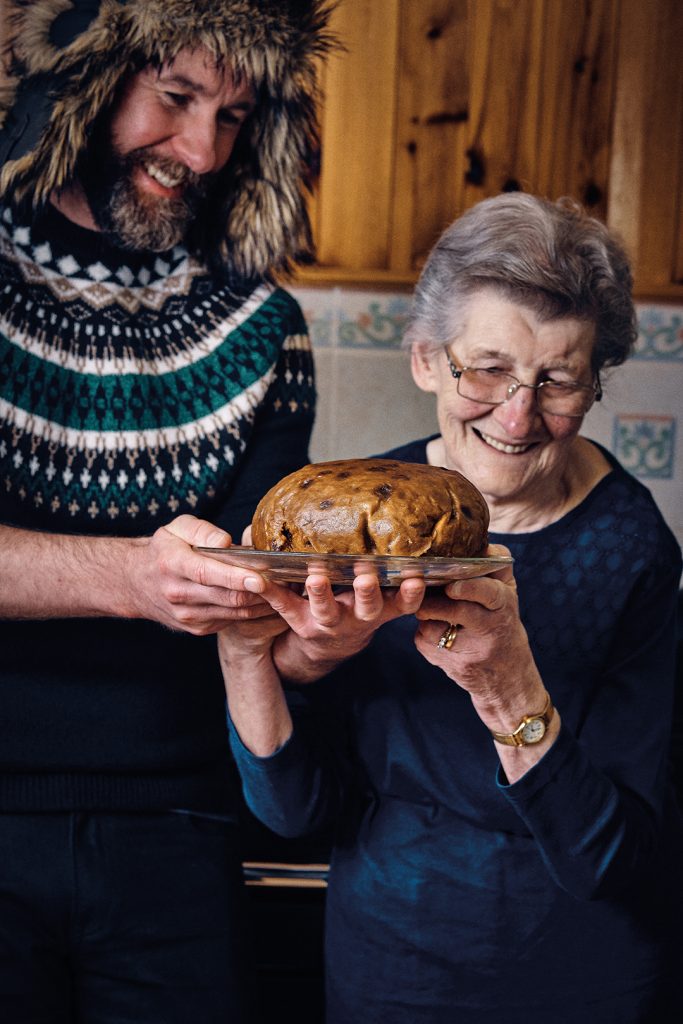 “She has been making the same clootie dumpling recipe every week for the last 80 years,” he laughs.

“I thought to myself how inspiring that was and that people on the island might watch videos of me sharing these recipes.

I never dreamt that 20 million people around the world would watch. TikTok was how it all started.”

He has just released his second book, My Scottish Island Kitchen (Black and White Publishing).

It’s another helping of delicious recipes and beautiful photography, but, as he puts it, “This is more than just a cookbook – it’s a way of storytelling, sharing experiences and celebrating the friends and family I have here.”

For him, that’s the holy trinity, and where his true passions collide.

The book is infused with the joy and pride he feels in the traditional dishes he grew up eating, and with the love he feels for the landscapes and its people.

He describes his Lewis upbringing, in the little village of Cromore, as “very traditional”.

His father worked as a trawler fisherman and his mother was a Harris Tweed weaver.

Three older brothers and a big extended family means Coinneach is used to being surrounded by aunties, cousins and neighbours, but the thought of millions watching his films isn’t as daunting as he first imagined.

We ask The Hebridean Baker some Slice of Life quick-fire questions! Read more…

“I’ve travelled. I’ve been away from the island. But the Hebrides is such a key part of my identity, I find it everywhere I go.

You can see it in a bar in New York, on the bus in New Zealand, hear the Gaelic language spoken anywhere.”

While Coinneach’s heart belongs to the Hebrides, his thirst for adventure compelled him to set off.

He’d been working on the salmon farm with his brother, but when his mother passed away he realised he wanted to honour her by taking off and exploring beyond the island.

“It changed my life,” he admits.

“I left for Russia, where I worked in an orphanage just outside Moscow. I found my feet, learned the language and took a job at the Moscow Times.

“I’ve been all over; in Australia I worked at The Age newspaper. I moved into sport and development and, for 20 years, I worked with FIFA, the Scotland football squad and with Celtic FC.

I was sent to developing countries to grow the sport, raise awareness and work to get young people involved.”

It might seem like a world away from his island life, but the two strands of Coinneach’s life have the same principles at their core – creativity and community.

“Having people around you is so important to me. During lockdown, you had to seek permission to come to the island or to leave it.

It felt very different, and while it wasn’t without its challenges, I did enjoy spending more time at home – I think I flourished!”

It gave him the chance to pause and savour the things he enjoys most – cooking, music and baking.

“There’s a Gaelic phrase, ‘beiridh blàths air luaths’, which translates loosely as ‘there’s a time for everything, slow down and enjoy the simple things in life’.

And that’s what I tried to do.”

It also gave him the chance to spend more time with his partner Peter and their beloved westie Seòras.

The couple’s meet-cute is the stuff of Hollywood rom-coms (with a Scottish twist).

Coinneach was performing in the Silver Pendant, the Gaelic solo singing competition at the Royal National Mod.

A BBC Alba documentary was following some of the singers, including Coinneach, charting their journeys, and Peter was the project’s cameraman.

“I came second in the competition, but we returned as a couple the following year, winning as a duet!”

Peter is originally from Oban and, like Coinneach, family is at the centre of his life, too.

The pair divide their time between their Lewis base and a traditional hut in Oban, built from scratch by Peter’s father who designed it to look out to Seil and Mull – the islands where he and Peter’s mother were born.

“It’s quite an ‘off-grid’ way of life here at the hut,” explains Coinneach, “so you really have to think about what you need to do.

You can only access it by water so we canoe in and out. A simple trip to the shops takes a little bit longer!

Often, we find ourselves making do with what we have here.” 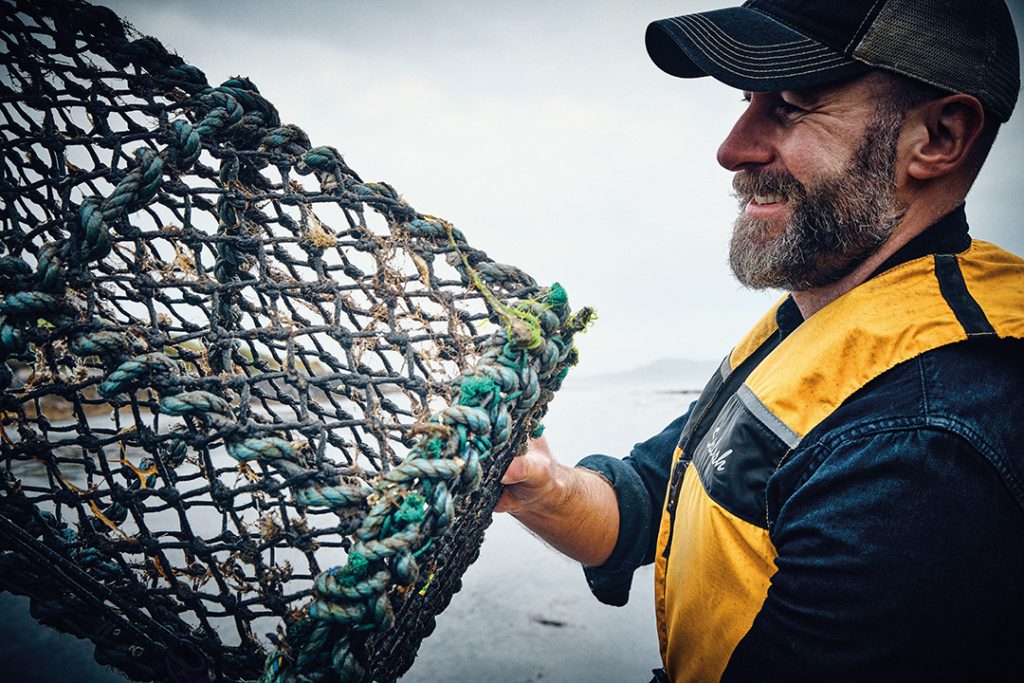 Life is simple, slow and idyllic, and starts with porridge (“I’m a traditionalist – I’ve had it for breakfast every single day for the last 45 years!”).

Then, there’s wood to chop for the fire that heats the water for their home, a garden to tend, seaweed to collect from the shore to dry out for recipe testing, and Seòras to walk. 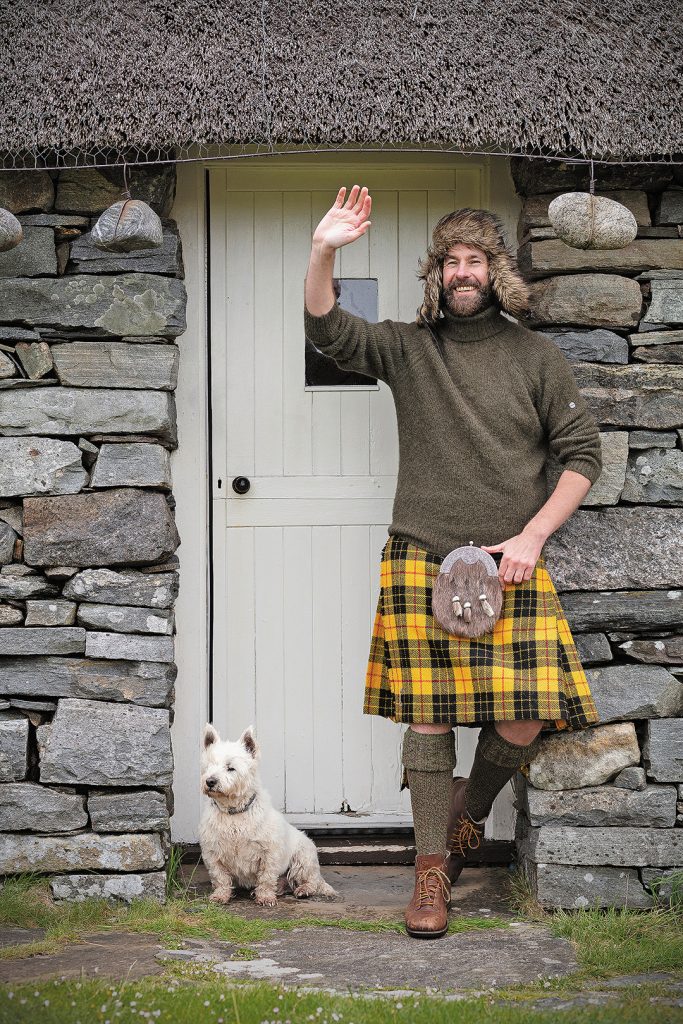 “I love looking at old recipe books and I do a lot of practice to find the right recipes for my own cookbooks.

The Scots Kitchen by F. Marian McNeill from 1929 is a particular favourite.”

Peppered throughout My Scottish Island Kitchen, and its predecessor The Hebridean Baker, is Coinneach’s commitment to family and community.

You’re just as likely to stumble across a tall tale from the island as you are a step-by-step guide to making Rumbledethumps.

“I did a book tour of the USA and it really seemed to resonate there,” he recalls.

“There are 25 million Americans who claim to have Scottish heritage and I feel very honoured and proud that I’m in a place where I get to talk about this wonderful spot I call home, and celebrate the language and the culture and the people.”