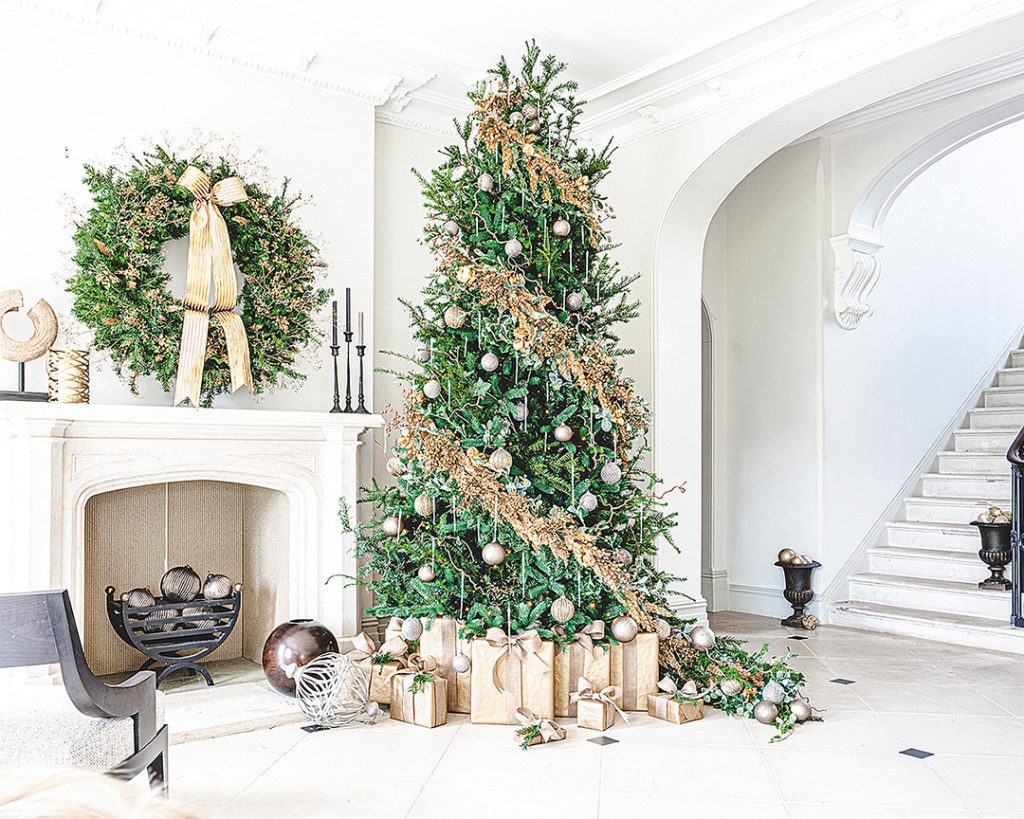 On the dream job scale, decorating Christmas trees has got to be near the top.

So it’s fair to say David Lawson is living the dream.

Four years ago he set up David Lawson Design, speciali­sing in Christmas decor, and he now counts hotels (such as Kimpton Blythswood Square), swish Glasgow bar­-restaurant Ralph & Finns and even a few celebs among his glittering client roster.

“Pick a theme that complements the overall look of the room,” says Lawson, who’s originally from East Kilbride. 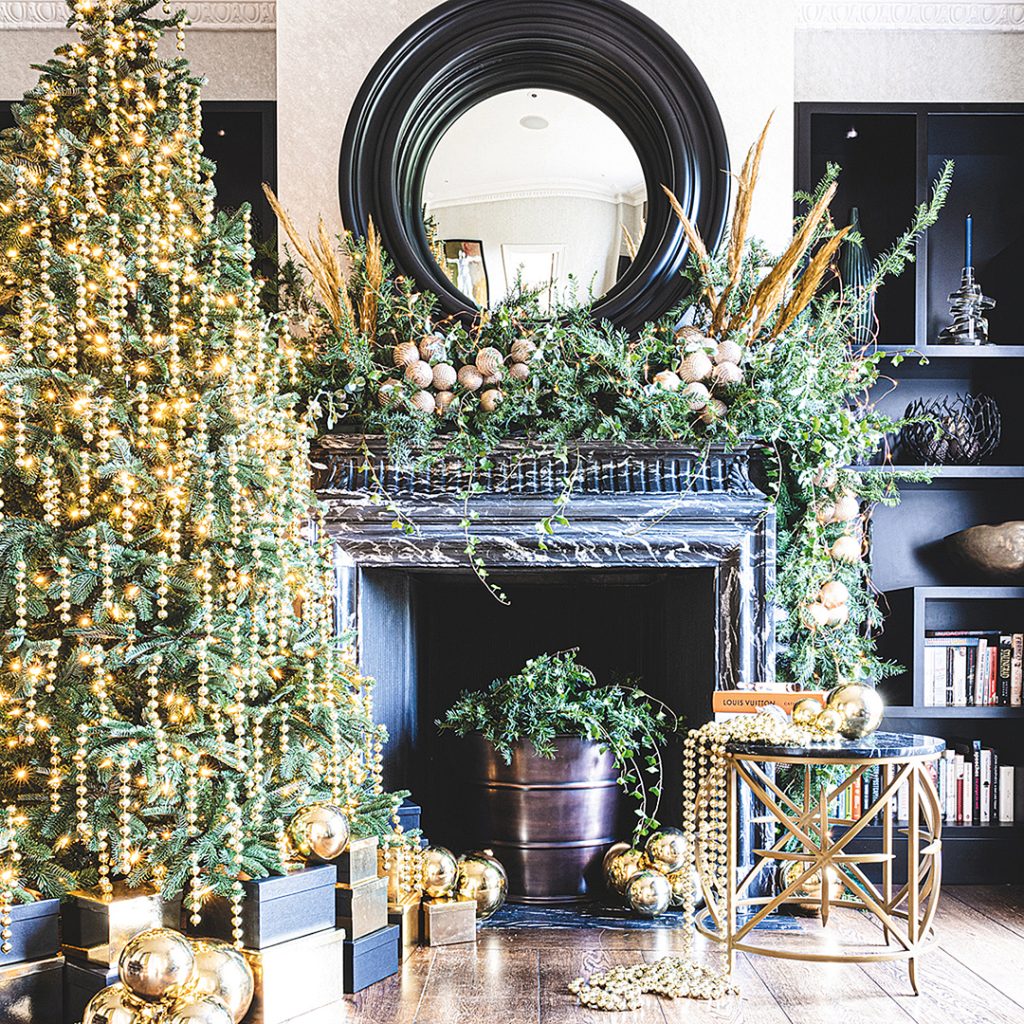 “The Blythswood has an amazing monochrome marbled entrance, so I’ll paint black­ and­ white striped baubles for it.

Ralph & Finns is lush and botanical, so its has lots of foliage.”

STARTED FROM THE BOTTOM

If you’re using an artificial tree, fluff each branch individually (“It makes such a difference”)

and incorporate curly willow and hazel branches for a fuller, more luxurious look.

For the lights, you want a subtle glow: “Start from the bottom, don’t overload it with too many, and regularly take a step back to see if they’re spread evenly. 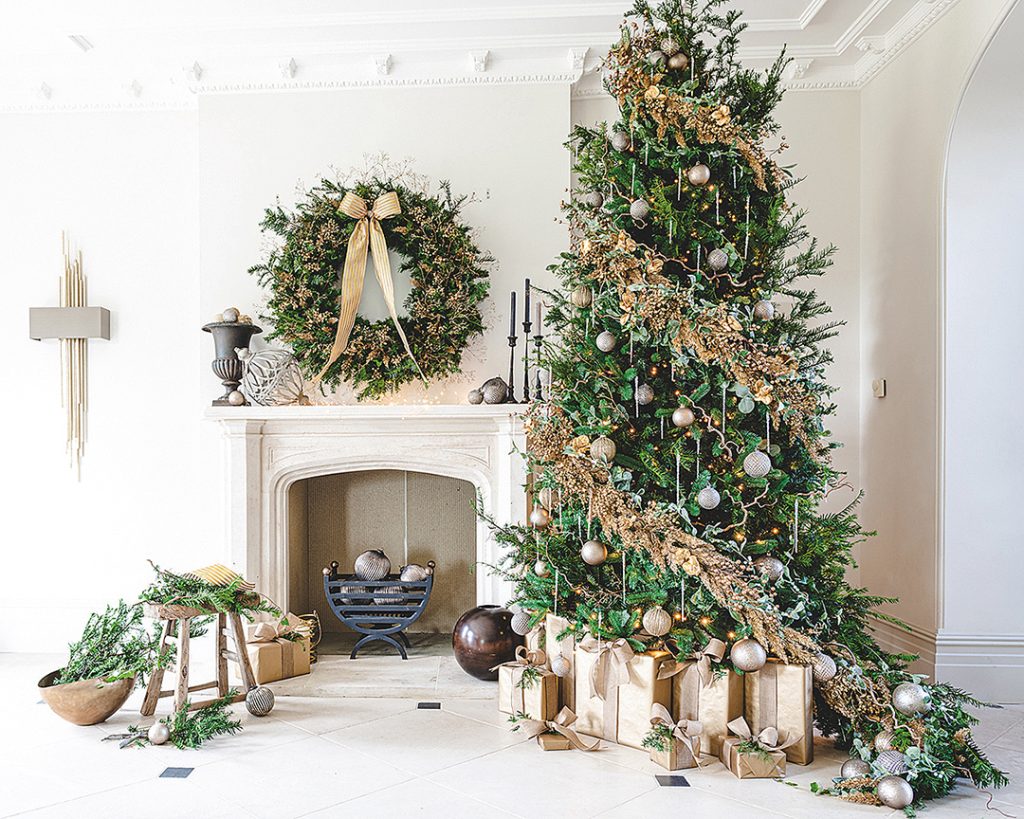 I’ll often take a few photos at this point as it’s sometimes easier to see where the gaps are on the phone screen.”

When it comes to baubles, more is more.

“But in just a few different styles,” cautions Lawson.

“Why not use chalk paint on your older baubles to create a new look? Antique stores and flea markets are also great for vintage glass decorations.”

ALL ABOUT THAT BASE

Don’t be afraid to include things at the base of your tree that add a sense of fun and playfulness to your design,” says Lawson. 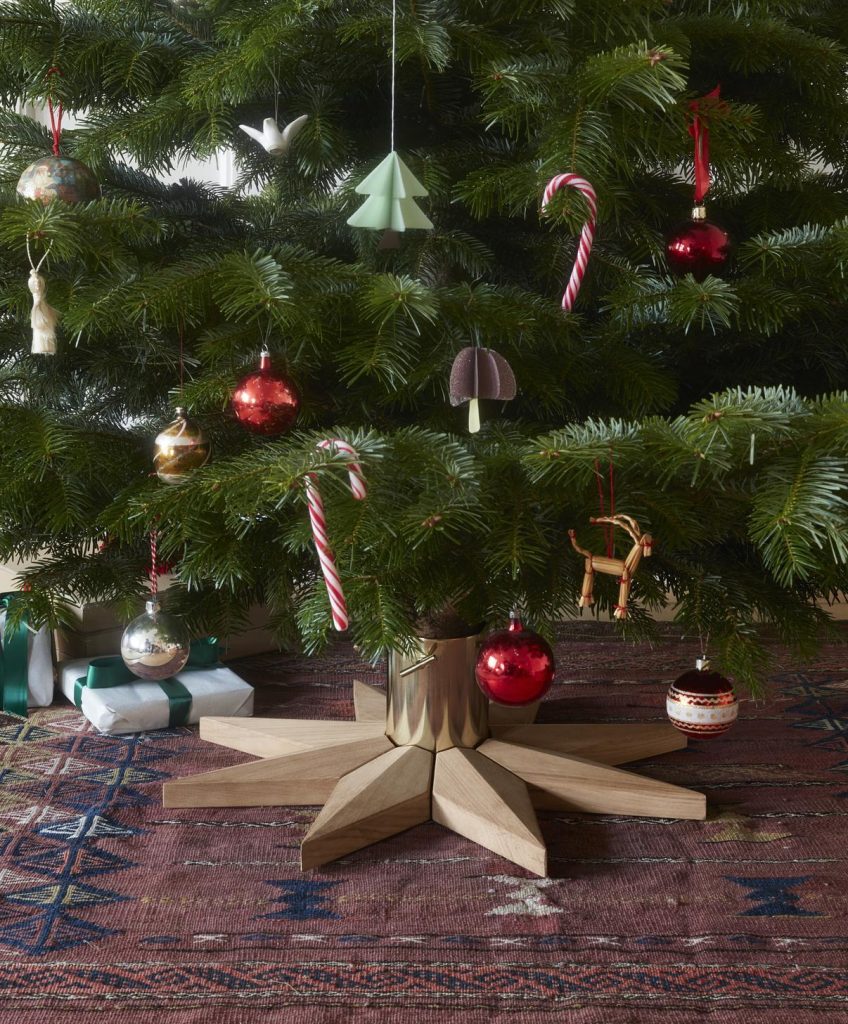 This Skagerak star-shaped base (approx £306) can be filled with water to stop your tree drying out.

CHECK OUT OUR 2022 CHRISTMAS GIFT GUIDE