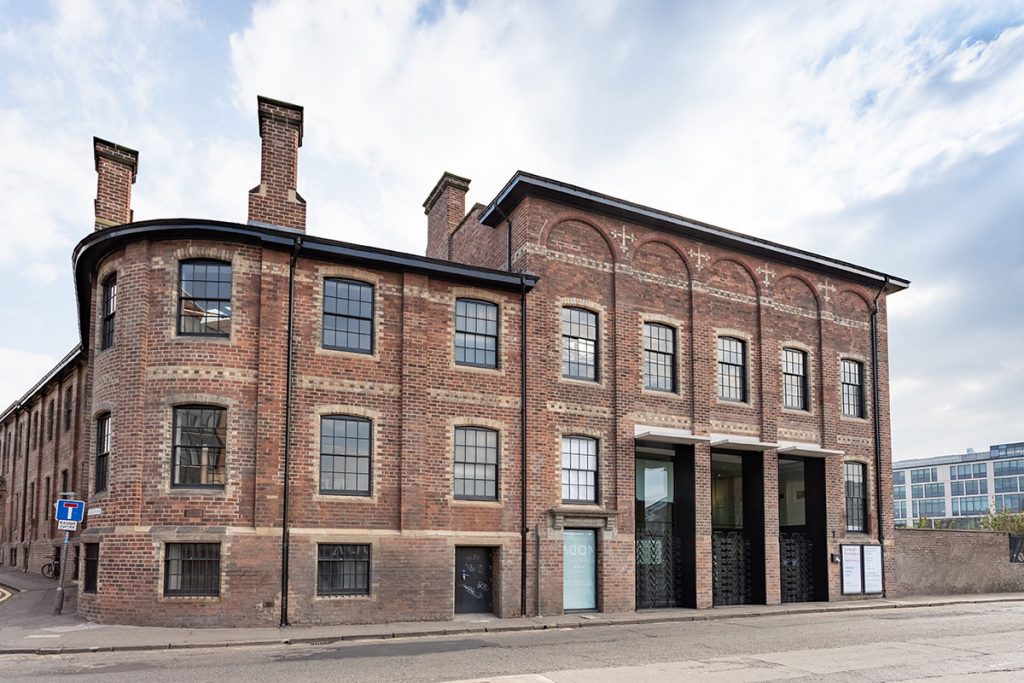 It’s no coincidence that the very first exhibition to be staged at Edinburgh Printmakers’ swish new home should be rooted in rubber. The building is the former headquarters of the North British Rubber Company (birthplace of the Wellington boot), and is all that remains of the 19th-century Castle Mills industrial complex in Fountainbridge.

After lying derelict for decades and being on the Buildings at Risk register, it has been reborn as a multi-use arts hub following an impressive two-year transformation at the hands of award-winning architects Page\Park.

The new space has a large printmaking studio, a darkroom, two galleries, a café, a shop and education and archive spaces, as well as creative-industry studios. “The space we have at Castle Mills means we’re not only one of the largest print studios in Europe, but we’re also able to support other types of creative practice,” says CEO Shân Edwards. “For example, the on-site studios bridge the gap between contemporary art practice and other creative industries such as interior design, media production, architecture and fashion.”

German artist Thomas Kilpper was invited to create site-specific works. He undertook a residency in Fountainbridge in 2018, researching the history of the building and its surrounding community, which, at its peak at the turn of the century, was the largest industrial area in Edinburgh.

Here, his first exhibition in Scotland, he has covered the entire gallery floor with rubber to create a giant printing template where he has carved images that reference the building’s past, present and future. “Having Thomas here in this building with all its history for a month and creating his exhibition against the backdrop of the Brexit negotiations was a well-timed opportunity,” says Edwards.

To celebrate Edinburgh Printmakers’ new home, three permanent public artworks were also commissioned, signalling the commitment to creating a new history for this unique site. Rachel Duckhouse made the front entrance gates, while Mark Doyle produced the mural on the building’s south-west elevation.

Working together with artist Calum Colvin, Page\Park’s Suzy O’Leary and Peter Smith designed EPscope, which combines the functions of both a periscope and a kaleidoscope. Imagery related to the old rubber company becomes refracted, projecting new visuals into the print studio. All three commissions have been embedded into the architecture, giving them a sense of permanency.

“Working with Page\Park, the building has been stripped back to its original form,” explains Edwards. “Layers of paint have been scraped off to reveal interesting details and original features beneath. We’ve been through a two-year restoration process, at each stage appraising what we could keep to create a wonderful new version of the original.

“The surrounding community here has long ties with the building. It links the community with the past and its future as our home.”