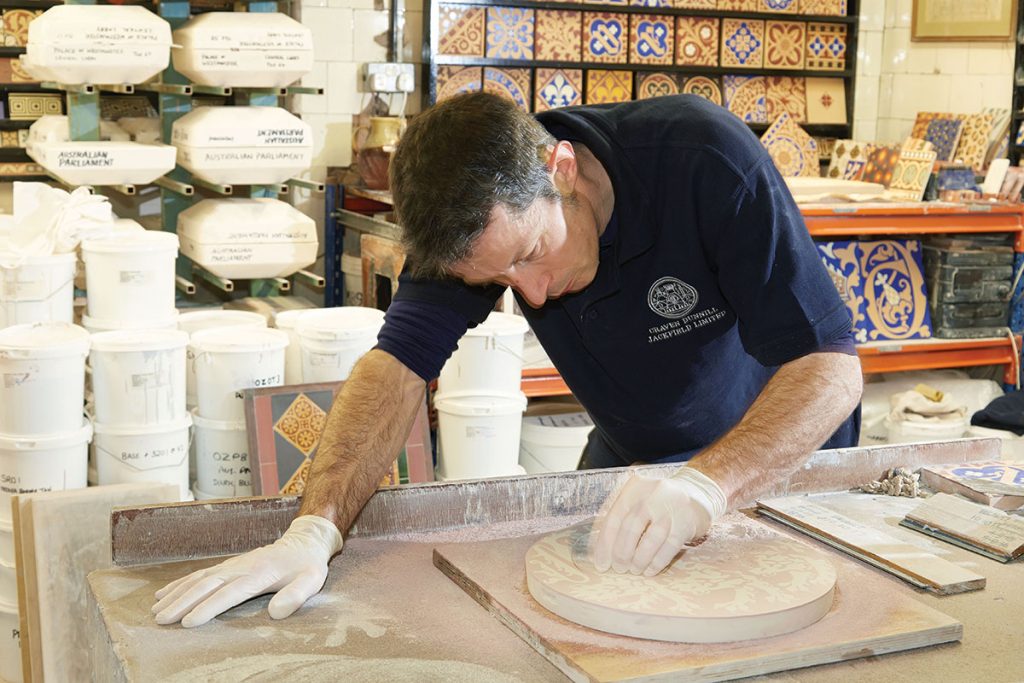 When Edinburgh’s Sistine chapel, as the church at Mansfield Place in the New Town is known, began to deteriorate, its custodians knew they had to act swiftly: water was pouring down the walls, damaging both the structure and Phoebe Anna Traquair’s precious Arts & Crafts murals. It was a similar story when the historic floors in the lobby of the Palace of Westminster needed repairing; craftspeople who could sensitively – and accurately – preserve them had to be called in.

What do these landmark buildings have in common, not only with each other but with stations on the London Underground, Harrods’ food hall, or the magnificent Leeds Library?

The answer is that they all contain handmade tiles by Craven Dunnill Jackfield (CDJ). The Shropshire company has been in the business of making traditional ceramics by hand since 1872 and is now the last remaining encaustic tile-maker in the UK. 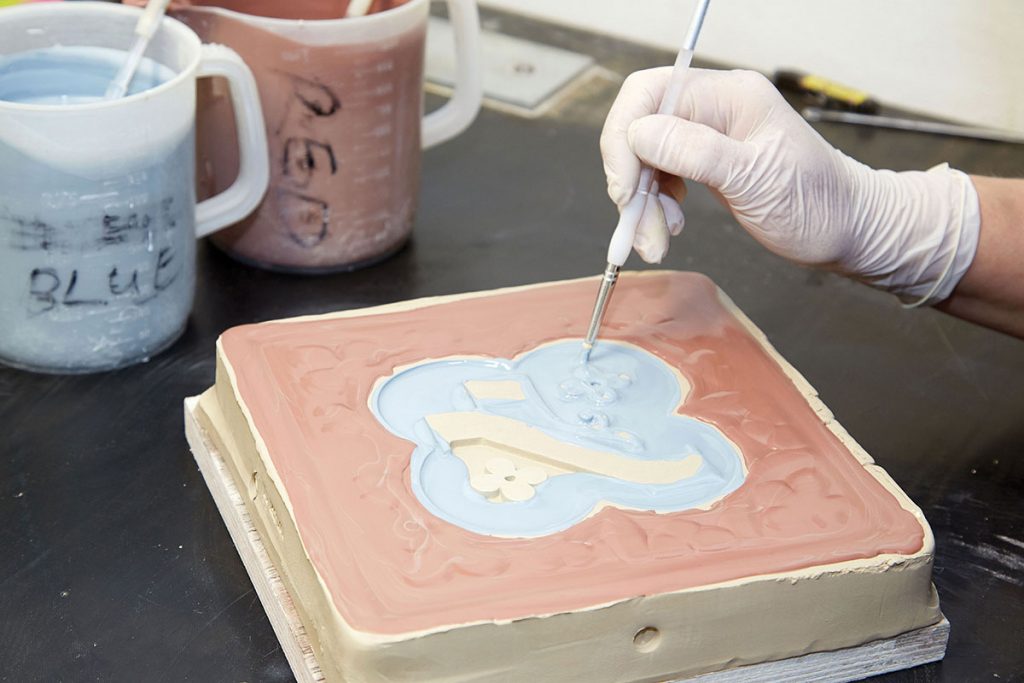 The company operates across two sites, one of which is in an original Victorian tile works in the village of Jackfield. It’s part of the Jackfield Tile Museum, in a World Heritage Site at the heart of Britain’s industrial revolution. It prides itself on being the longest-surviving purpose-built tile factory in the world, and is next to the world’s first iron bridge, over the River Severn.

With such strong credentials and an archive that reaches back to the golden era of encaustic tile design, it’s no surprise to discover that restoration and conservation projects for historic buildings, collaborations with artists, commercial work and private residential jobs are all in production at the factory at any one time.

It’s a small team, with just 18 people working across the two sites (the second factory is in the Potteries of Stoke), but most of the staff have been with the company for 20 to 30 years, so specialised is the work they undertake. Production director Adrian Blundell has been at CDJ for three decades and puts the firm’s longevity down to the people who work there, all of whom strive to keep traditional crafts alive. 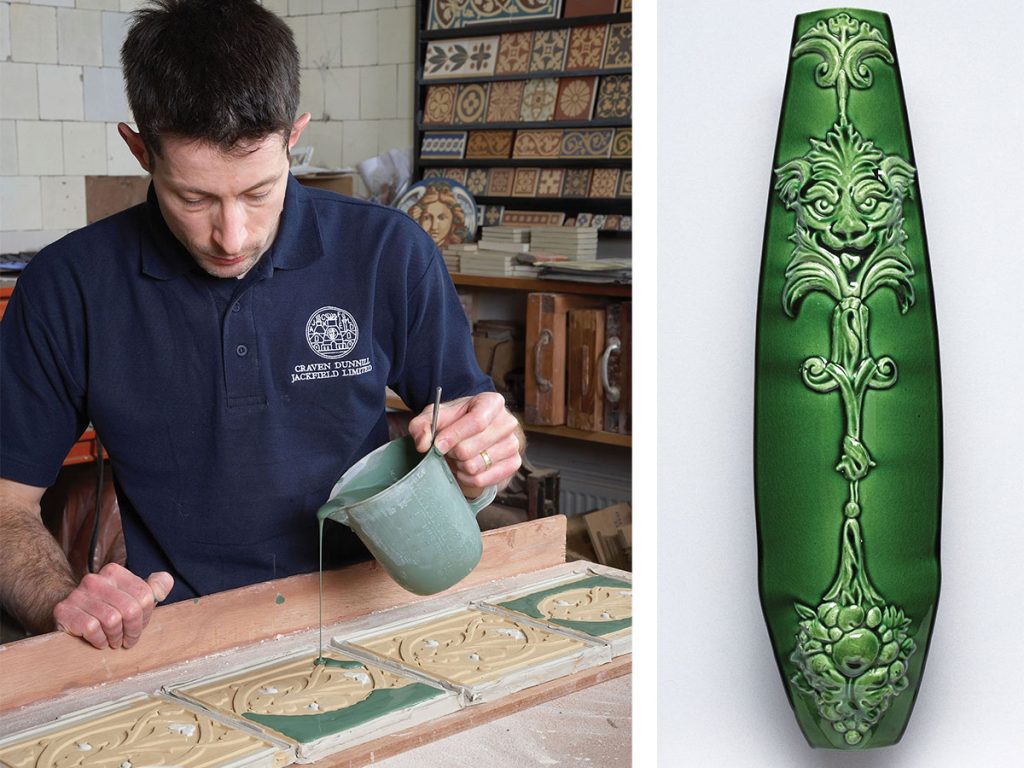 From left: The manufacture of encaustic floor tiles requires careful infilling of coloured liquid slips to create the background colour; this corner piece design was originally manufactured for the front of the bar at the Mountain Daisy public house in Sunderland

“We have experts in ceramic manufacture here who are using skills fine-tuned over the last 150 years,” he says. “We have access to original Craven Dunnill designs from the Victorian period and we’re bringing these into the modern era with contemporary glaze colours and effects.”

CDJ uses the same process today as it did in the mid-19th century: encaustic tiles are made using plaster moulds that impress a pattern into clay, with the indentations then filled with liquid clay in contrasting colours. It means that CDJ is able to recreate tiles so accurately – to the same thickness, dimensions and pattern proportions as Victorian tiles – that it’s very difficult to distinguish the new ones from the originals. 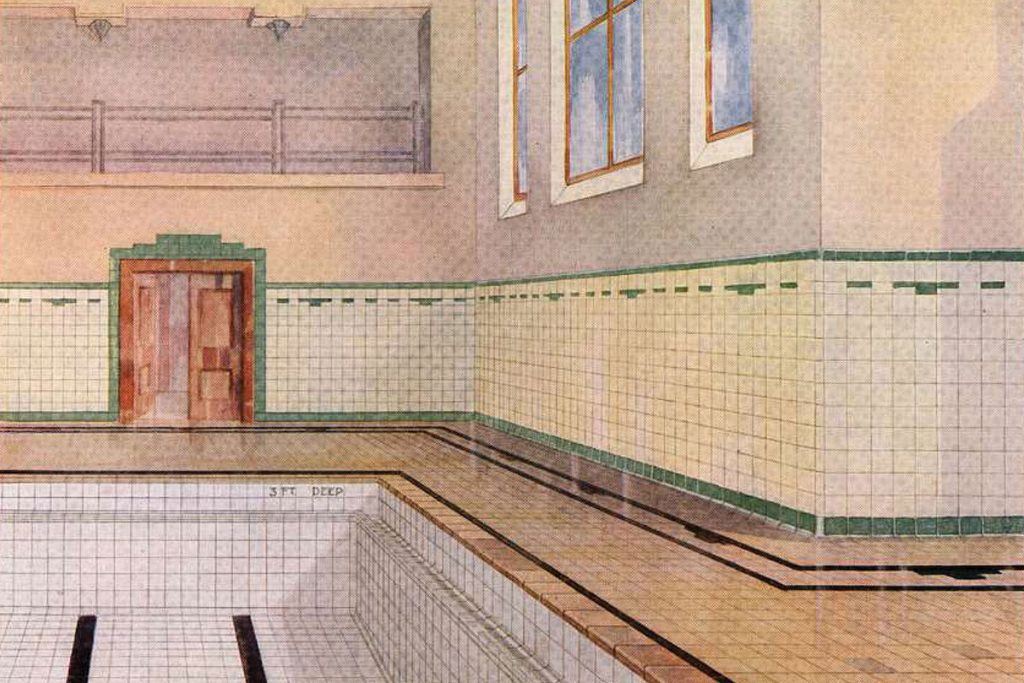 Although the company has seen a revival in art-inspired ceramic projects, with collaborations with artists becoming more frequent, as well as a renewed interest in decorative tile effects, particularly in bars and restaurants, it has also witnessed the demise of the ceramics industry in the UK. It’s doing all it can to keep its skills alive, as Blundell explains: “Craven Dunnill Jackfield has a commitment to education.

We run an award-winning education programme, hosting workshops for 7,500 children each year in traditional ceramic decoration and manufacturing. These workshops embrace both the fantastic history of our extraordinary heritage site, the energy and enthusiasm of a modern tile manufacturer passionate about traditional processes, and the continuing advancement of technology.”