Super-insulated and fuel-efficient, this compact new-build on Skye shrugs off the worst the weather can throw at it while remaining open to some of the finest views in the country

Sometimes brilliant buildings have the unlikeliest of origins. The idea for the Eyrie, a new-build house on the Isle of Skye, for example, occurred to owner James MacQueen when he came across a pile of rubble on the island’s Trotternish peninsula. It was all that was left of a long-ruined traditional croft house.

“I was looking for materials to use in the creation of a garden feature on another project I was working on,” recalls MacQueen, who owns James MacQueen Builders and who has lived on the island for the past 35 years. “The stones were great but what really struck me was the stunning location – I felt it would make an amazing place for a house. I spoke to the owner of the land and he agreed to sell me the site.” 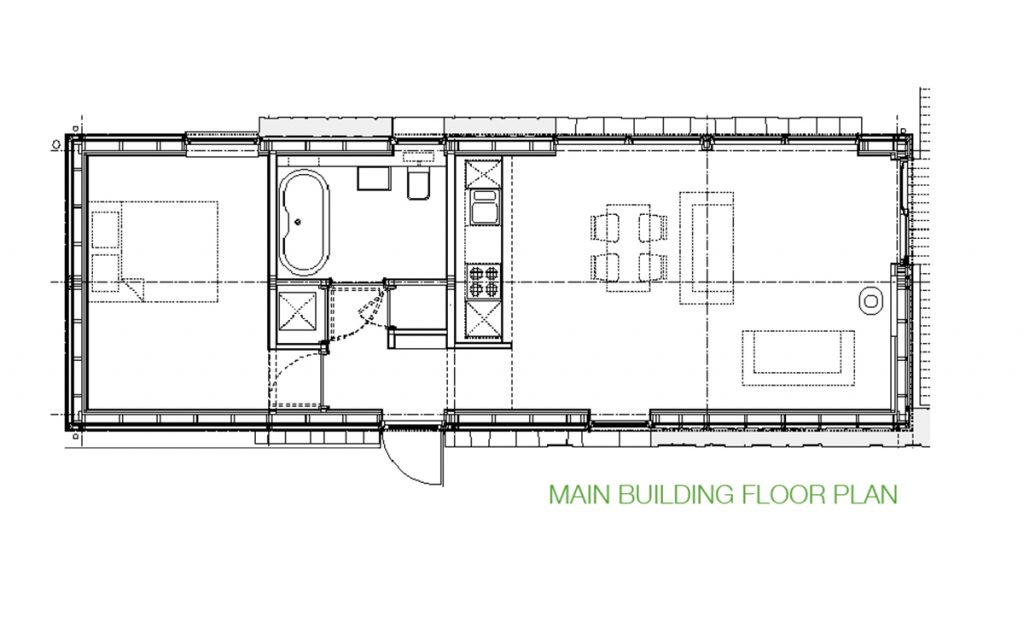 Long before any work got started, MacQueen had a clear picture in his head of the house that would sit on his new plot. That’s because it already existed – the R1 design by modular house company R.House, designed by Skye-based architects Rural Design and inspired by the traditional Scottish longhouse. MacQueen was well acquainted with the design since it’s his firm that constructs R.House’s range of factory-built modular timber-frame homes on site.

Rural Design had set up the company several years ago as a way of offering a ‘whole project’ turnkey service to clients looking for a new-build home. The layout and construction is deliberately simple in order to keep the cost down, but still allows scope for bespoke details.

As well as supplying the building itself, R.House handles the planning application and building warrant process, takes care of the groundworks and organises access and utility connections. It sees each project through until completion and handover and for a six-month snagging period afterwards.

“I was keen for the new house to sit within the footprint of the ruined blackhouse and to reuse the original stone as a way of reinforcing the connection with the site’s history,” says MacQueen. “Starting with the one-bed single-storey R1 model, we added the stonework from the ruined croft house to the gable end that wraps around the patio.” The Eyrie further reflects the island’s agricultural heritage through larch cladding and a corrugated metal roof.

“We kept the footprint of the R1 house but lengthened it slightly to make it around 14 metres long. R.House was also able to create a patio door feature at the gable end, and the remaining stones from the old croft house provide the perfect outdoor seating area. We then built a small ‘bothy’ to accommodate a second en-suite bedroom. Anyone who comes to stay will have a bedroom with privacy and can take advantage of the panoramic views.”

The Eyrie took around four months to build. “The narrow access road was a bit of a problem as the timber-frame kit was delivered on a lorry with a crane,” MacQueen recalls. “Nevertheless, we managed it in the end, and the frame was up in a day.”

The modular design plays a major part in the success of the R.House as its speedy construction is not compromised if Skye’s notoriously changeable weather takes a turn for the worse. It is also incredibly sturdy and, once up, can withstand even the wild Atlantic gales that sweep in during winter. It’s incredibly energy-efficient too. “Most of the budget was spent on insulation and achieving air-tightness,” acknowledges MacQueen.

“The build system has 150mm semi-rigid insulation in the walls, which is then overlaid with 50mm of Kingspan insulation board with a service zone, and then the plasterboard.

“Due to its airtightness, the house is fitted with a mechanical ventilation and heat-recovery system that brings in fresh air and removes condensation and moisture from areas such as the shower room. We fitted a wood-burning stove and electric heaters, neither of which we really use as the house is naturally so warm. It is very cheap to heat.”

Sustainability is a key consideration, with locally sourced and FSC-approved larch from the Black Isle used for the exterior cladding. High spec NorDan NTech 1.2 double-glazed windows, PV panels and low-energy lighting all contribute to making this an eco-friendly home. In addition, as MacQueen points out, the off-site construction not only leads to a 90% reduction in manufacturing waste, it also cuts carbon-dioxide emissions since fewer deliveries are required. As an added bonus, the relatively quick construction and finishing period greatly reduces noise and disruption to any neighbours.

Internally, the open-plan full-height and extensively glazed living space (which feels very spacious despite its compact plan) takes full advantage of both solar gain and the outstanding views. A core containing the bathroom, storage and kitchen separates the living space from the large double bedroom.

The unfussy finishes were locally sourced where possible – the engineered oak floors, chosen for their durability, came from Caley Timber in Inverness, for example. The kitchen is a high-spec Pronorm model sourced from Mihaus whose simple white and cream finish complements the white walls and timber floors. Likewise, the bathroom choices aim for low-maintenance and durability, with water-proof wetwall finishes to the walls and water-proof floors from Karndean.

The soft furnishings continue the theme of using Scottish suppliers, with rugs and blinds from Tain-based Anta and all the furniture including the sofas, dining table and chairs from Skye Floors and Interiors.

“Anyone who visits the house is overawed by it and the quality of the finishes – and, of course, by the views that go with it. These fill the interior and the patio, and define the experience of being in this house – it’s such an incredible outlook,” says MacQueen. “It’s also a great social space. We’ve had some good ceilidhs in it!”