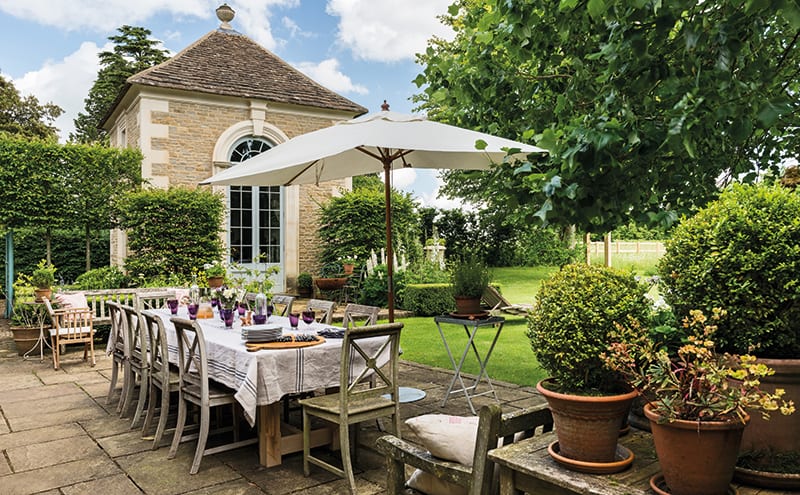 Garden dining on paved patio with parasol. The table was designed by Roger Hall and the glassware is by William Yeoward

Roger Hall is an accidental interior and garden designer. Until about 15 years ago he was working in movies as one of Britain’s busiest production designers, with credits like Chariots of Fire, White Mischief, Alice in Wonderland and Jane Eyre, and Emmy awards for Merlin and Gulliver’s Travels, for which he also won a Bafta.
It was a challenging, rewarding career, but in 2001, he and his wife, Caroline, were looking for a change. Their children had left home and the couple were hoping to downsize, seeking a calmer life away from the hectic world of feature films. 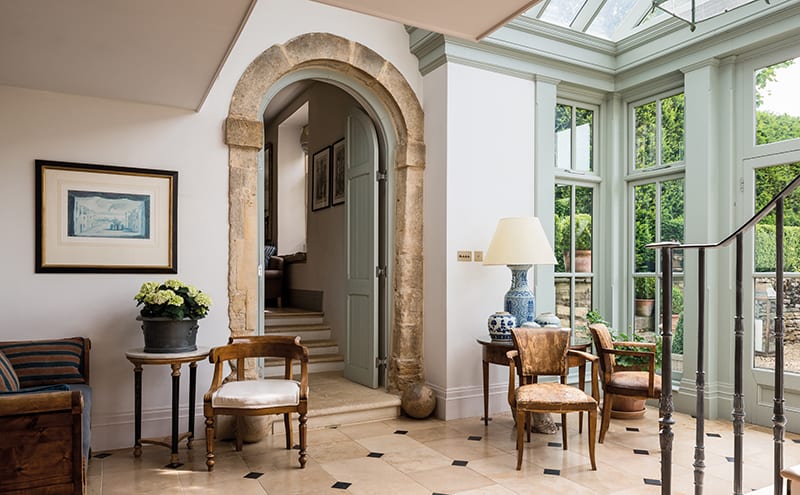 The hall was originally a space between the stables and the coach house. The Halls built a conservatory here whose glass roof floods the area with light to create a dramatic entrance. It is furnished with a mixture of antique finds and family heirlooms

That was when they spotted what was to become their home. “It was a funny little ad with a grainy old black-and-white photograph of some semi-derelict stables,” remembers Roger. They investigated but, to their disappointment, the stables had already been sold. “Then, two months later, we were walking down Cirencester High Street and there was the same property for sale in the window.”
They bought the tumbledown buildings straight away. “You don’t often come across farm buildings that have had so much architectural attention paid to them,” Roger says. “They were built by local stonemasons but there’s something very French about them. Originally this was a 17th-century barn without windows. It was turned into stables later and then a coach house was put on the end.” 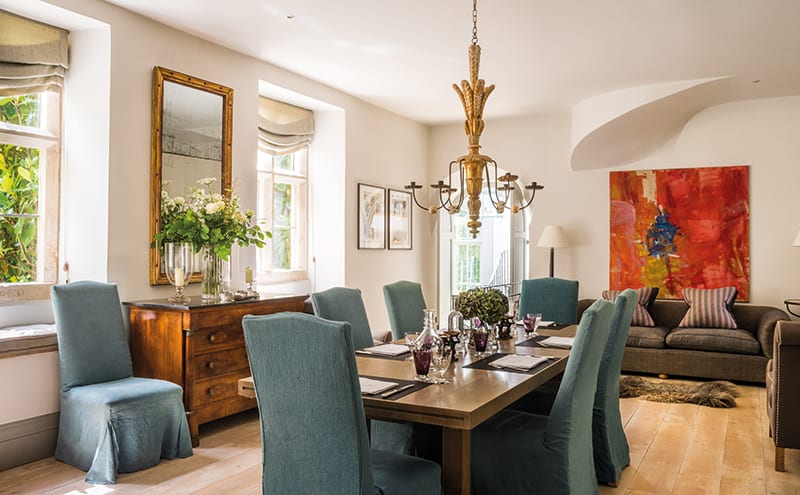 The oak dining table was made by Archer Smith and all the glassware is by William Yeoward. The dining chairs are covered in antique linen sheets dyed by Polly Lyster to give them a soft, muted aesthetic.

When Roger and Caroline took possession of the property, what is now the airy, beautifully lit hall of their home was nothing more than a space between the old stables and the coach house. Above the stables was an observatory, with a spiral staircase leading up to a telescope and glass roof. The local planning department wanted the couple to build a single-storey building as a link between the stables and the coach house, but the Halls won permission to build a conservatory with a stone and metal staircase. It wasn’t easy, but their persistence paid off – that glass roof now floods the interior with natural light and creates a grand but welcoming entrance hall. The old observatory is now their bedroom. 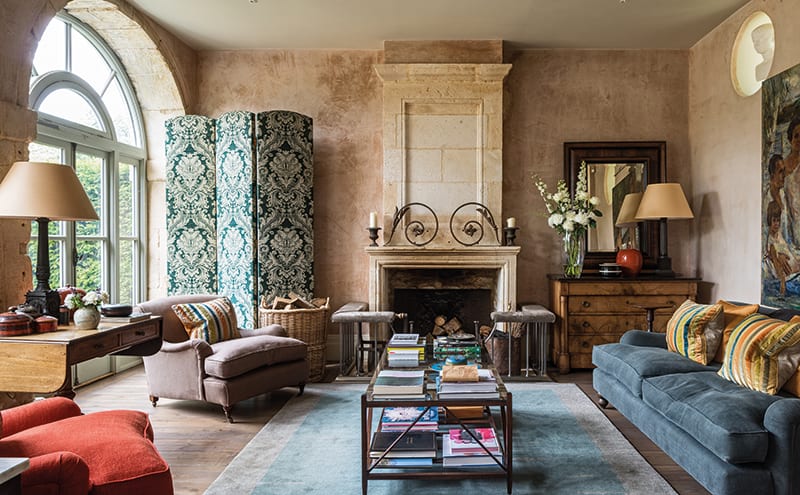 The drawing room has a Christopher Farr rug, a Conran Shop sofa and a Vaughan lamp. The coffee table and the cushions are by William Yeoward

This is just a taster, you can browse the full article with more stunning photography on pages 202-212, issue 112.