Buying a property jointly with friends solves many of life’s problems, and we’ve found three stunning properties in Scotland that might tempt you 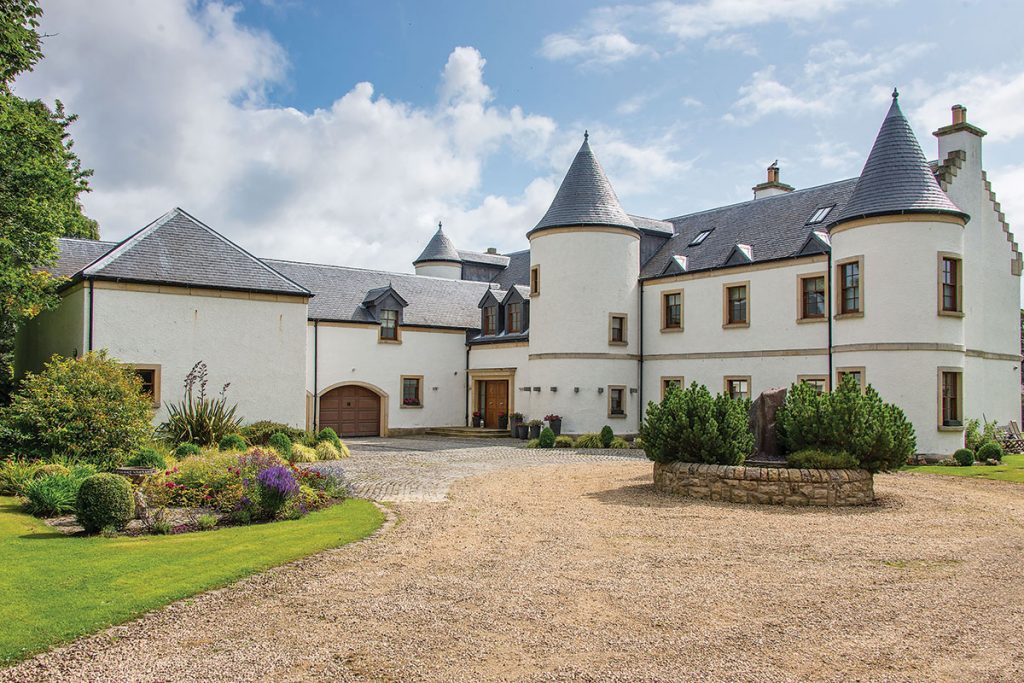 There’s no getting away from it: we are living in the age of isolation. The older generation may now be part of the workforce for longer, but once they do eventually retire, many will experience a well-documented spike in loneliness. Perhaps more surprising is the equally prevalent sense of isolation felt by the young, who are increasingly likely to be focusing on career rather than family, renting (if they can afford it) rather than buying, and thus living the kind of nomadic existence that does little to facilitate socialisation.

Shared living is no longer just about the less proactive among us lying low at mum and dad’s house for a few years too many; rather, with the housing market in crisis, it has become a necessity. Many young folk, even those not on temporary or zero-hours contracts, have been priced out of the rental market, and have no prospect of getting a foot on the property ladder any time soon.

So where do they live? Not everyone has parents with a spare room, or even works in the same town as the family home, so it’s no surprise to see a rise in large-scale shared dwellings for people in their late twenties or early thirties who can’t afford to live alone. Not quite the idealised version of Friends circa 1996, places like The Collective in north-west London are popping up, offering an alternative to the old-style student flat share.

Residents have their own room but also have the use of communal dining rooms, lounges and even office space. These shared areas encourage a sense of community, joint responsibilities and opportunities, as well as reigniting a long-lost sense of neighbourhood. Other ‘cohousing’ models are taking off too, such as Marmalade Lane in Cambridge, where people have their own home but jointly share many spaces and contribute to the management of the community.

Shared properties might not be everyone’s long-term dream, but they might offer solutions to the challenges many potential owners are facing. And they can take their own form – a multi-generational space, perhaps, or a collective of friends living in tandem, or even a group of professionals with communal areas in which to work and relax. In a world of seven billion people, perhaps it’s time we became less invested in segregated, linear living; coming together not only spreads the cost, it puts less strain on our environmental resources.

Here are three large homes that would lend themselves to communal living, each with plenty of private space to retreat into if (or when) close proximity becomes too much to bear. Getting a mortgage should be relatively straightforward, but co-buyers should be sure to agree all terms and conditions from the start in order to avoid any nasty surprises or fallings-out further down the line. 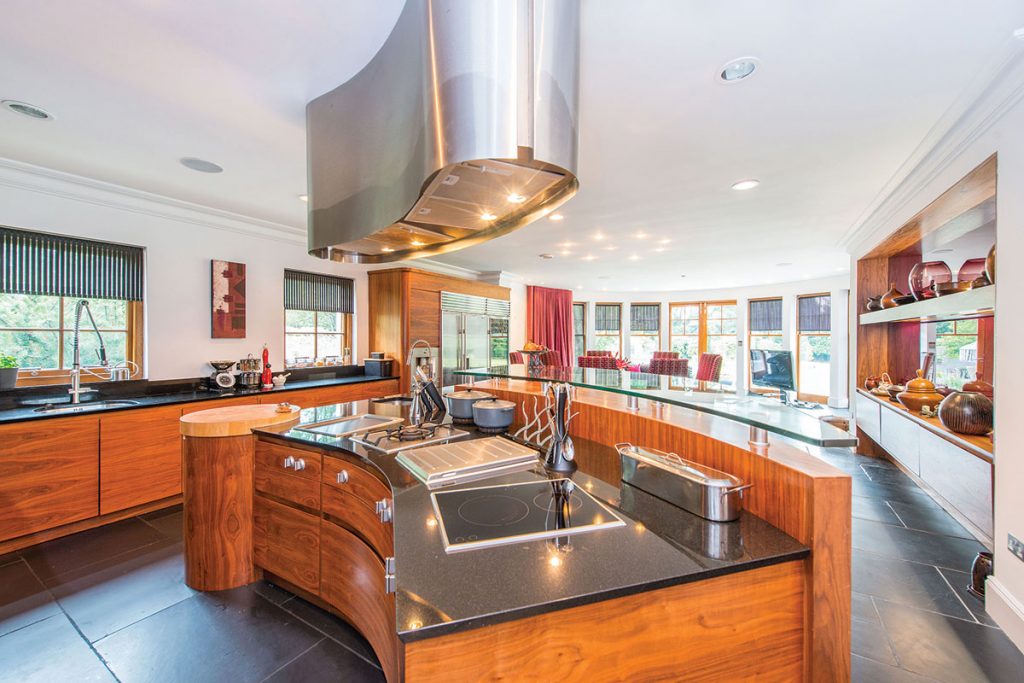 What A seven-bedroom detached property in the village of Lasswade, a short commute to Edinburgh.

Why This spacious contemporary home (top and above) has an appealing Scots Baronial style and comes with a separate cottage (adjoining the garage). The outside is just as pretty as the interiors: there’s a walled landscaped garden, a Japanese-inspired garden and a summerhouse.

Why not If you’re not a fan of village life, this one might not be for you. It takes less than half an hour to drive into Edinburgh, though, so escape is easy.

- Advertisement -
Make a bold bathroom statement with our luxurious range of shower trays and walk in showers from premium brands at prices that can't be rivaled at Bathroom Planet today. 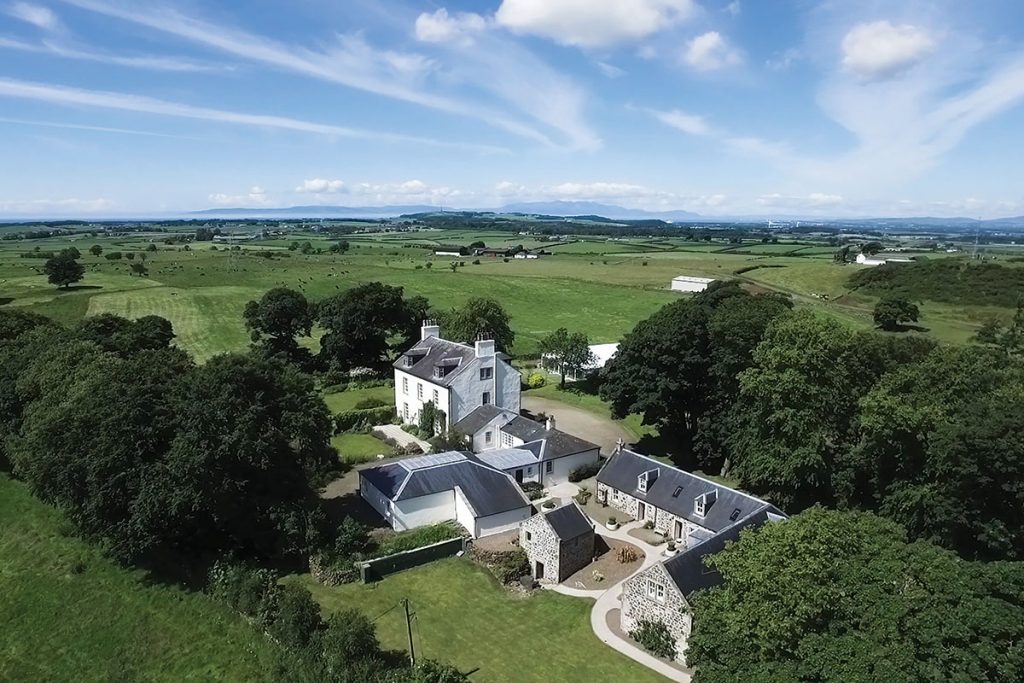 What A B-listed Georgian country house with spectacular views and five courtyard cottages.

Why This property has heaps of space. It’s set on eight acres of land and has a paddock to boot. There’s also a tennis court and an indoor swimming pool, plus planning permission for a further three cottages if the five already there just aren’t enough for you.

Why not The cottages are currently run as holiday lets, which is no mean feat to maintain. 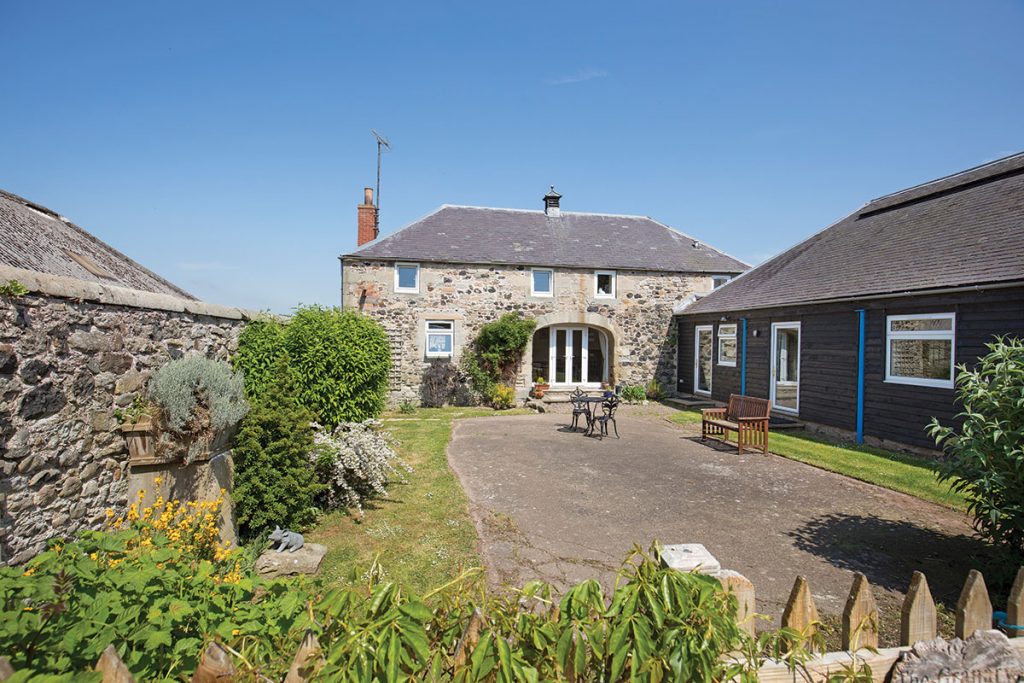 What Four separate dwellings built around a large communal courtyard. Three are currently used as holiday lets; the fourth is the business owner’s accommodation.

Why This is a successful collection of holiday lets with uninterrupted views of the countryside and plenty of opportunities for exploration. The dwellings could also easily house a large extended family or a group of friends.

Why not If you’re just looking for a small steading with a simple granny annexe, this may be too much space for you.

The success of this bedroom for Birch Castle in Sa

Chinoiserie velvet from @mindtheg is bold and intr

Give your table a makeover for spring with the Lui

Bring in the glam with a touch of metallic from Cr

Bring a slice of safari into your space @artewalls

Make the most of your great outdoors with the Eco

We spoke to @brazenstudios Sarah Raffel to find ou 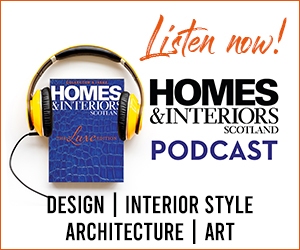