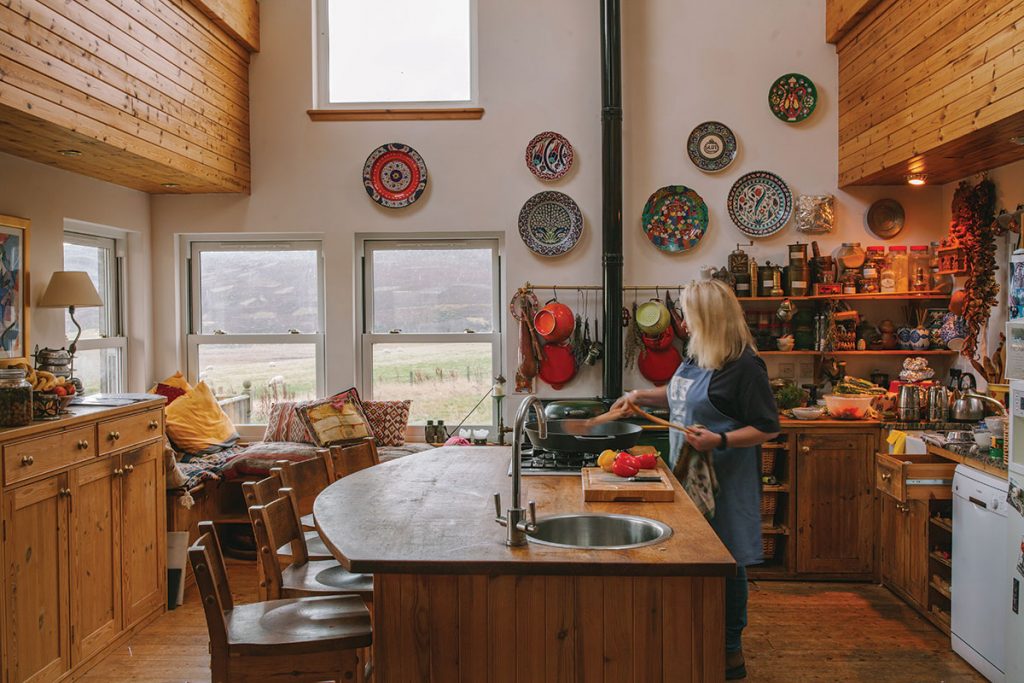 Off the beaten track in a quiet glen high up in the Speyside hills is the home of food writer, workshop host and broadcaster Ghillie Basan. Having grown up in East Africa, she has never lost her need for space and wilderness. “Africa is my childhood. It is a massive part of my life and it is at the root of all the decisions I’ve ever made,” she says. “It’s a bit of a cliché to say it, but it is in my soul. And the view from my cottage in the Cairngorms actually reminds me of Africa. The feeling of solitude I get here is like a sanctuary.”

This might be a remote corner of Scotland but it’s certainly not lonely. People make the pilgrimage from all over the world to learn to cook by her side or to enjoy a relaxing week in the cosy holiday home she has fashioned out of a former barn. In any case, dealing with rugged isolation would be no big deal for a woman with such a well-developed knack for unflinching graft.

Basan has been living here since her two children (now 19 and 22) were born. In between an unconventional school run – on skis for most of the winter, or by Land Rover – the single mother would cook, clean, plan and write cookery books based on her travels. “Travel is important if you actually go on a journey – either physically or mentally – and you allow it to open your mind, inspire you, change you, teach you,” she believes. “There is so much to learn in life, so many different ways of living, so many different ways of seeing. If you travel for experience and to expand your horizons, you’ll benefit from it in many ways, sometimes life-changing ones.” 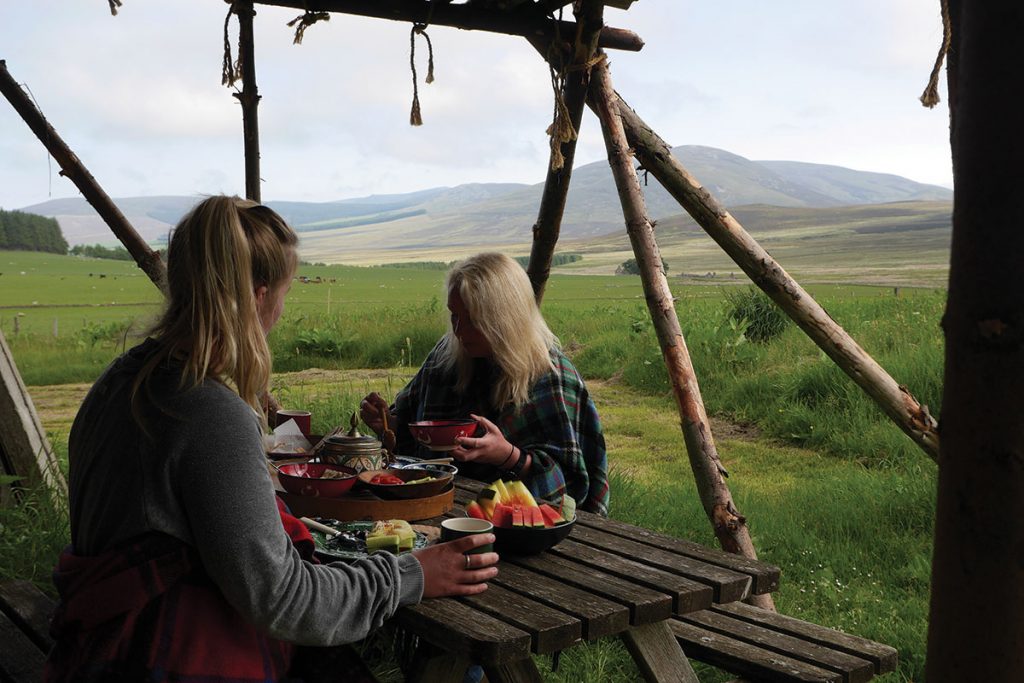 The food writer and her daughter Yazzie enjoy breakfast outdoors

Basan is the author of over forty books on South-east Asian, North African, Turkish and Middle Eastern cooking; Yotam Ottolenghi is among her many fans. Food is her passion. “It is a gift,” she says simply. “Those of us who have an abundance of food, as well as a choice of what to eat, are very lucky indeed. Fussy eating, dietary fads and waste are the ‘luxury’ of spoilt and rich nations and households.”

She got into food writing almost by accident when she was working as a journalist in the Middle East in the 1980s. Based in Istanbul and tasked with reporting on terrorist attacks and earthquakes, she says she struggled with the complexity of the politics of the region and admits she felt out of her depth at times. She began to carve a niche for herself writing about food and travel. These were subjects she really understood, and her passion and knowledge were reflected in her words.

She travelled extensively throughout Turkey, the Middle East and South-east Asia, researching links between culinary cultures forged by trade routes, colonisation and migration. “I’d studied social anthropology at university and, inspired by the diverse cultural experiences of my childhood in Africa, I became interested in the culinary traditions and practices of different cultures,” she explains.

Learning from locals in remote villages, she ground coconuts and pineapples on a stone in Kerala, stuffed pounded pork, ginger and spices into the hollows of bamboo stems in Saigon, and picked argan nuts out of goat droppings to be pressed for oil in Morocco’s Sous valley. “All of my early books were written within the context of documenting traditional recipes and informing people about the ingredients, their medicinal and culinary uses, the rituals and religious practices and the hospitality centred around food. Some of these books were the first of their kind and have served as reference books for many chefs and national tourist agencies.” 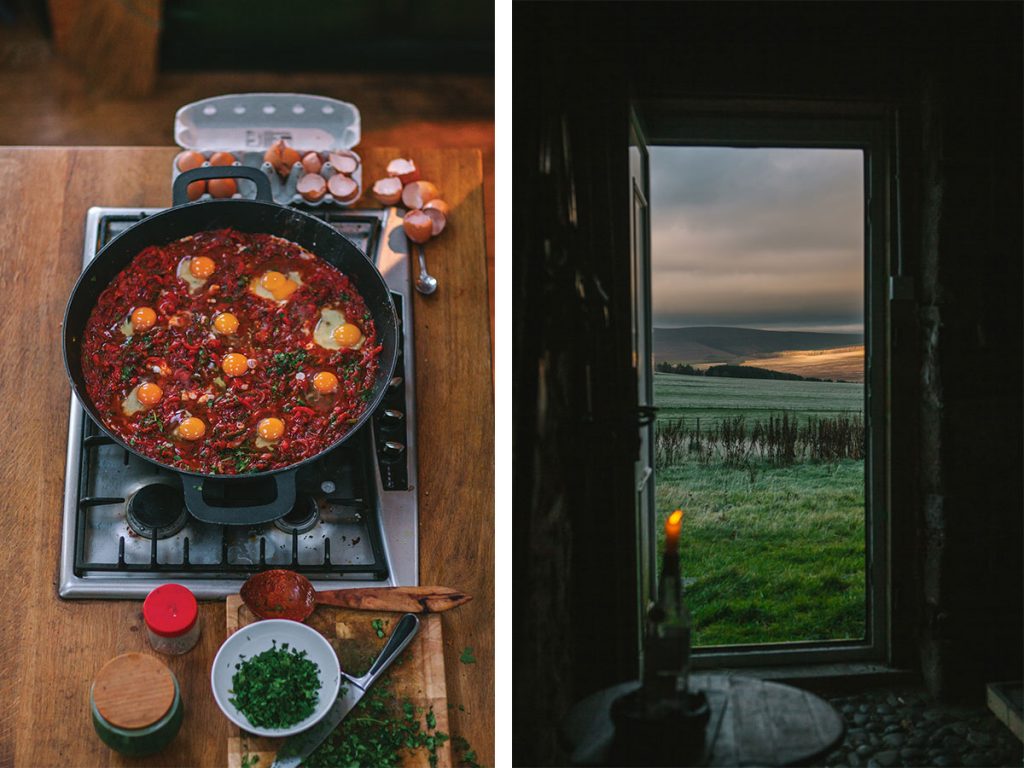 From left: Spirit & Spice contains a recipe for shakshuka. The dish, now a regular on trendy breakfast menus, it is street food in Turkey, the Middle East and North Africa, sold as a snack in train and bus stations; The view through the door of the whisky barn

She continued writing when she moved to Scotland, working around her children’s school day and activities. “A lot of it was done when they were in bed,” she says. “I pretty much survived off three hours sleep a night for a long time. But I did manage to produce 40 books during those years. Then, as the kids got older and more independent, I started running cookery workshops, moving into working with whisky just two years ago.”

That shift into hosting whisky experiences arose out of desperation. In the winter of 2017, Basan almost lost her home. She’d had to step away from normal working life for two years to look after her mother, who’d developed dementia. One evening, grabbing a minute to herself, she sat on her deck with a dram, gazing at the view that had always reminded her of Africa.

It suddenly struck her that she was looking at a whisky smugglers’ glen and that she’d never done anything with the spirit apart from drink it. That realisation inspired her to set up a catering business, Mezze on the Move, which involved taking Middle Eastern dishes by Land Rover to people in remote locations, out on the hill or by a river, and presenting a spread of food to pair with whisky. Gradually, she linked up with Chivas and the Spirit of Speyside Whisky Festival, and the idea of whisky experiences off the beaten track grew as groups began to come to her home in this smugglers’ glen. 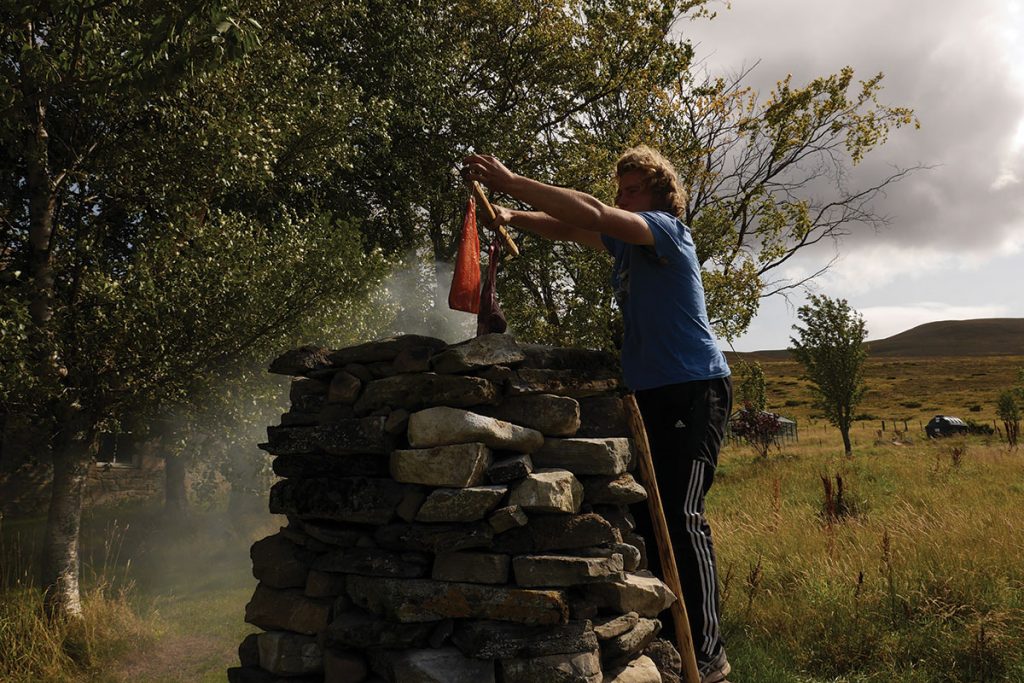 Her farmhouse, a traditional croft dating from the early 19th century, has also grown beyond its original footprint, with a wooden extension and a converted stone barn now accommodating workshops and tasting sessions. It’s a challenge being a one-woman band, hosting up to 60 people at a time, sometimes in back-to-back bookings. “I’m on the go the whole time,” she smiles. “I don’t have holidays, I don’t have days off, I rarely put my feet up. I also have to be super-organised, shopping for fresh ingredients, and I do a lot of preserving, pickling, curing and smoking so I always have a supply of flavours to liven up the palate and pair with whisky.”

She gets her fish from Pro Fish Services in Aviemore, meat from Balliefurth Farm Shop in Nethy Bridge and specialist goods and cheese from the Rothiemurchus Farm Shop. Her weekly deli drop-in is the Spey Larder in Aberlour. All of this is topped up by foraging for wild produce and growing her own herbs and vegetables.

Bringing years of travel and experience in different culinary cultures to her recipes, she prepares her dishes with genuine love, thinking about the flavours and how they work with whisky, preparing fresh and roasted spice mixes to enhance or contrast with it, pouring over texture and colour. Her aim is to provide an experience for all the senses, not simply the taste buds.

“We should all learn to cook what we enjoy eating and take the time to share our food as it binds us all – family, friends, strangers, festivals, celebrations. It is nostalgia, memories and love.” 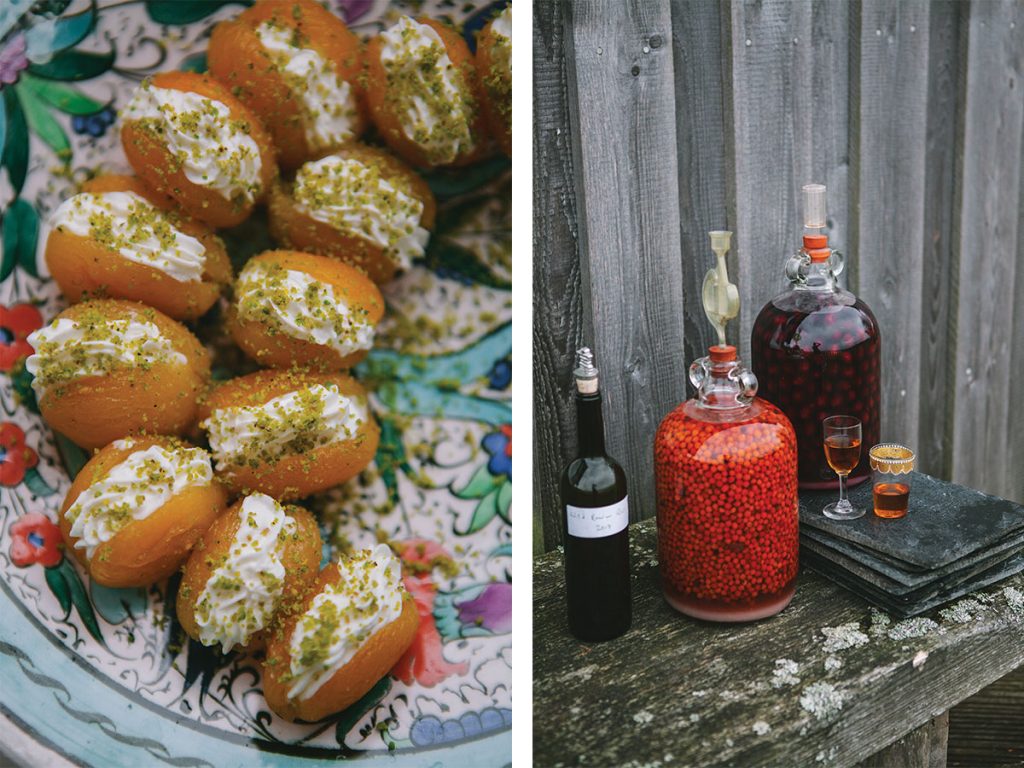 From left: Rosewater-scented apricots with labna – just one of the recipes in Spirit & Spice that demonstrates Basan’s knowledge of Middle Eastern cuisine; Rowan and damson gins are left to steep for six months in the cool of the barn