Focusing on the craft and the materials as much as on the design itself has allowed furniture firm Tom Faulkner to experiment, innovate and go from strength to strength

Tom Faulkner has been making things all his life. The self-taught artist and designer became captivated by the possibilities offered by different materials, and in the early 1990s he began experimenting, setting up a workshop in his parents’ garden shed in Oxfordshire. Metal in particular held his attention: intrigued by its opposing qualities of strength and malleability, he started using it to make furniture.

He’s still doing the same thing today, albeit on a much larger and more successful scale; the Tom Faulkner brand has a reputation for exquisite, original handmade pieces, many of them award-winning. Its collections have evolved to combine metal with marble, timber, glass and leather for interiors and corporate settings.

“We mainly use steel and bronze,” says Faulkner, “but there is something rather amazing about combining a strong material, like metal, with something softer or more delicate, such as fabric (most recently sheepskin), glass or bridle leather. Then there are materials like marble and wood that are naturally beautiful in their rawest form.”

Why does steel fascinate him so much? “Because it’s amazing! It’s a great material to work with because it’s flexible, forgiving and strong. You can bend it, roll it, weld it, cut it – it’s so versatile. I was inspired by the craftsmen I met when I first started to work with metal. I wanted to encourage and use their skills.”

The craftsmen he’s talking about are Nigel Ballamy and Gordon Ball. “I met them over twenty years ago when they were working for a small metal fabricator in Wiltshire,” he explains. “Nigel was incredibly skilful and knowledgeable, having done a full British Rail apprenticeship, and Gordon was his loyal assistant. I approached them to make me a table, and they’re both still working for me today! Nigel is chief engineer, involved in production and product development.”

With his first two employees on board, Faulkner established a proper studio, in a dark, Victorian workshop next to Swindon’s railway station. “We have moved a few times since, but have always stayed in the railway estate in Swindon,” he says. “We’re now in buildings that were originally part of Isambard Kingdom Brunel’s railway workshops in the 19th century.

The one constant in all of these places has been the ‘smell’ of metalwork – the welding and grinding. It’s a smell that makes me feel at home and nostalgic at the same time.”

Today, his firm is expanding into two adjacent buildings. Its increasing success and recognition means there’s a continual need for a bit more work space. Everything the brand sells is made here, whether it’s bespoke pieces for individuals, or orders from architects, hotels, developers and the rest of the interior design trade.

“The geographical epicentre for sales is London,” says Faulkner, “but we sell all over the world. We are represented in six or seven showrooms in the US and Canada, and one in Japan. We have agents in Europe too.”

The 25-strong team, augmented by a number of freelancers, is split between the London showroom and the Swindon workshop; in the former, there’s also an office for sales, design and accounts; while welding, finishing, painting and logistics are all taken care of at the latter.

The designs that come out of the Tom Faulkner studio have an emphasis on form, line and proportion – they are distinctive, whether geometric and rectilinear or organic and curvaceous. Dimension and simplicity of line are the cornerstones of all good design, Faulkner believes, so he applies these principles to everything he makes. “The elegance and straight-forwardness of our furniture set us apart.”

The designer is inspired by everything around him, including architecture, nature and art: “I think as you look around, everything goes in and then some of it comes out in what you make. I travel a lot and notice details in unusual things all over the place. I have a particular interest in patterns and shapes.”

The firm has linked up with several designers over the years, with a good deal of success, but the collaboration Faulkner is most excited about at the moment is the most recent one, with Parisian plumassier, or featherworker, Eric Charles-Donatien. “He is ‘metamorphosing’ our Capricorn dining table and Tiffany chair into feathered pieces – this is something spectacular, which launched during London Design Festival.”

Having its own workshops gives the brand a huge advantage, he agrees: “Being able to prototype in-house and design as we make really makes a difference.” But it’s not the only thing that sets his firm apart: “We are very focused on our customers, and one of our core values is ‘friendliness’ – it’s extremely important to our ethos.”

Moving the Tom Faulkner London showroom from a shop in Clerkenwell in the east end (“great fun, but a better place for having lunch than selling furniture”) to the Chelsea Design Quarter is also paying dividends. “We’re in good company here – there are some amazing showrooms on our doorstop and it’s close to Chelsea Harbour, the eye of the interior design storm.”

Upcycling tips to make the most of what you have 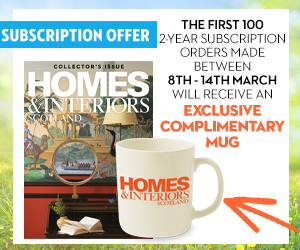