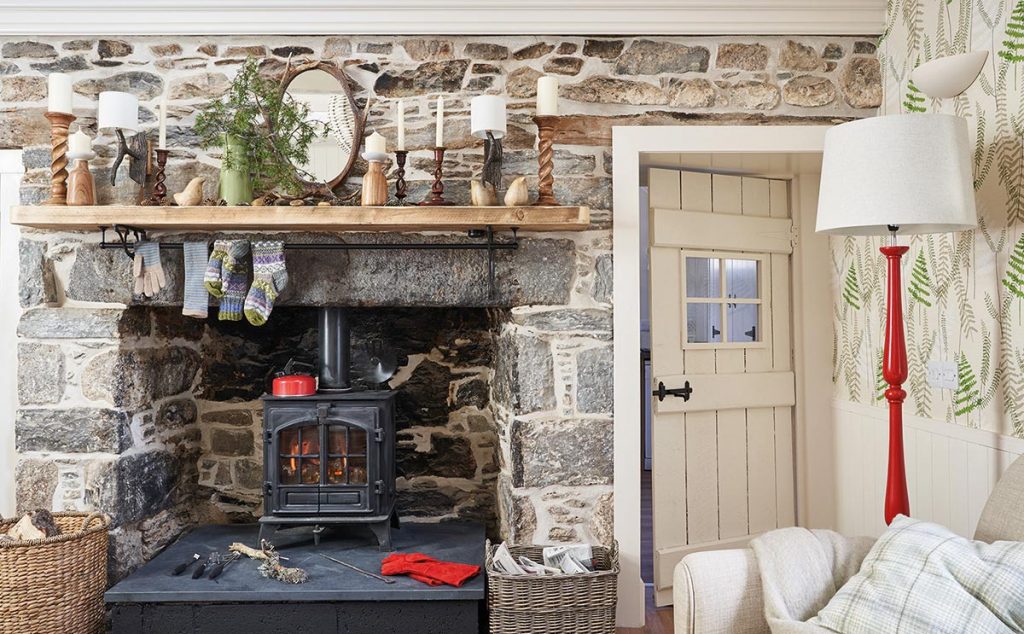 The last time I was at Rothiemurchus Estate’s Loch an Eilein, it was late September. The air was nippy and the trees had begun to change colour. Dipping a toe in the chilly loch was all I could manage. It didn’t matter: lighting a fire, wrapping a blanket around my shoulders and dimming the lights felt deeply satisfying. This time, though, it’s summer, and I treat myself to an evening’s swim in the warm waters that lap against the shores just in front of Forest Cottage, where I’m lucky enough to be staying on my return visit.

The red-roofed cottage is a landmark for walkers and cyclists exploring the estate paths and trails. Surrounded by pines and with the alpine balance of water, wood and grass, this spot is just as enticing blanketed in snow as it is bathed in glorious sunshine, with the trees providing shade but allowing just the right amount of light through their branches to cast majestic shadows. It’s all very Hansel and Gretel – without any dodgy parents abandoning their children, of course.

Forest Cottage has been part of the family-run estate since the 16th century and was traditionally used to house estate workers and their families. Its renovation follows that of the nearby Loch an Eilein Cottage a few years ago. Once he had gutted the original structure and made it wind and water tight, James Grant, the estate owner, brought London-based interior designer Fanny Ward on board to help refurbish Forest Cottage’s rooms. 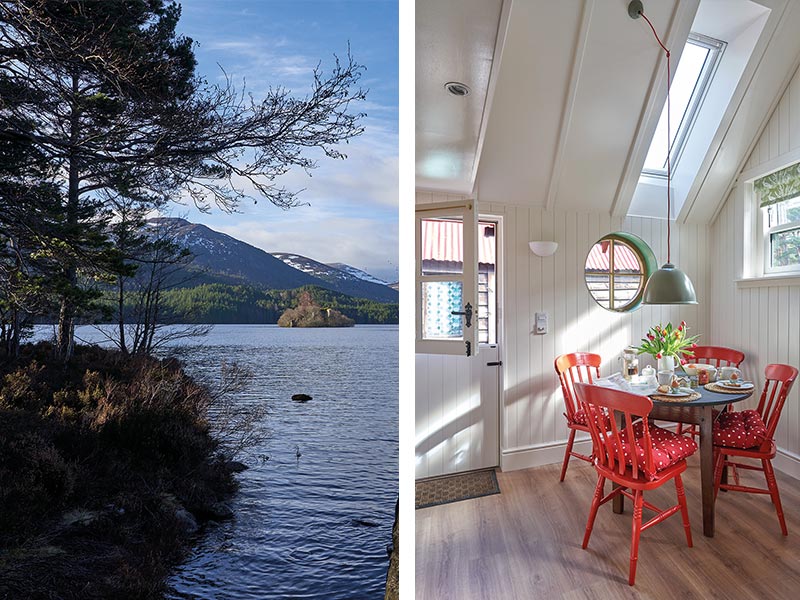 From left: The cottage is close to Loch an Eilein – the path around it is just one of many inspiring walks on the estate; This bright corner of the wood-lined kitchen is a sweet spot for breakfast

The aim was to keep the cosy feeling while adding a few modern updates, turning it into a luxurious retreat for holidaymakers looking for something a bit more robust than a tent on the estate campsite. The work took just eight months and saw the replacement of the annexe (which now houses the kitchen), the removal of the living-room ceiling to expose the original beams, creating more height and space, and the installation of bigger windows to the rear, so that guests can really appreciate the forest setting.

In fact, making the most of the location was at the heart of the interior designer’s decisions: “I used a mirror on a rolling window shutter to reflect light back into the sitting room and to also gain another view of the forest,” says Ward. “I wanted to bring in the outside in other ways too, so I used tree-patterned wallpaper, with the pops of red for an element of surprise.” 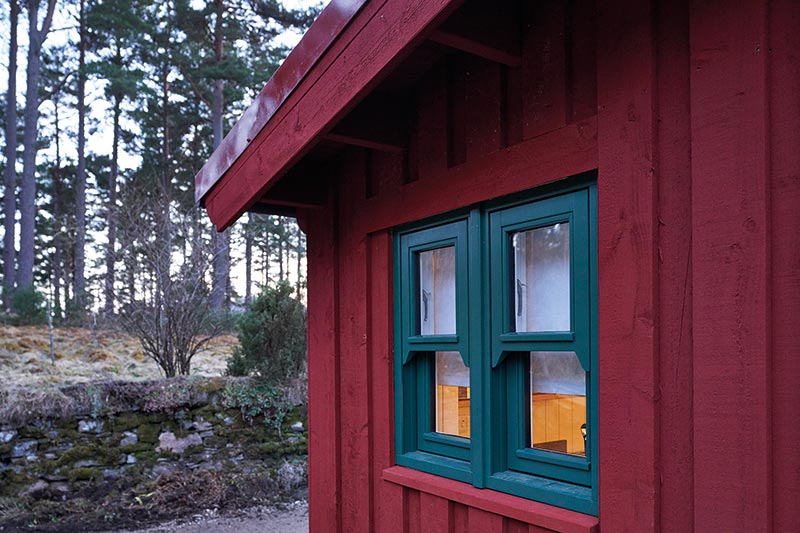 The kitchen’s newly pitched roof allows maximum use to be made of a tight footprint, and the open shelving and characterful accents such as the circular window keep the space feeling special. What’s striking about this room is the way the light changes as the day progresses; open the top half of the Dutch door to let morning sunshine in, then watch later in the evening as the stream of light from the circular window makes a feature of the low-slung pendant over the dining table (a great spot for a late-night game of cards).

The restored fireplace brickwork in the compact living room could have felt overpowering, but the neutral backdrop keeps it in proportion, with a handsome rustic recycled wooden mantelpiece. The bathroom can be accessed via this room and the master bedroom and has a large shower and separate bathtub. For those who like to take R&R into the bathroom, there’s a wall-sunken TV and plenty of surfaces on which to perch a gin and tonic. 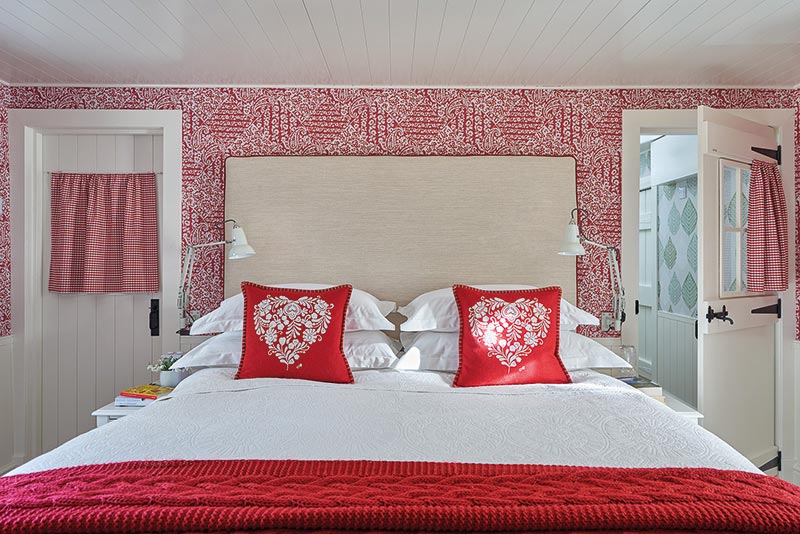 The red theme continues in the warm and welcoming downstairs bedroom

Low cottage ceilings in the master bedroom only accentuate the cosy factor; Ward has used French curtain poles here to make sure that once the Romo curtains are drawn at bedtime, no light seeps through between them and the wall. Red accents – Jan Constantine cushions on the bed and William Yeoward wallpaper inserted into the wardrobe doors – make you feel you’re bedding down in the cutest gingerbread house for the night.

Behind a heavy curtain in the hall (another space-saving trick), a narrow, winding staircase leads to a second bedroom in the eaves. Here the palette concentrates on beautifully fresh colours from nature: ochre, forest greens, mustard and oatmeal. For kids, in particular, falling asleep with the stars twinkling through the skylight, surrounded by abundant trees and wildlife, is nothing short of magical.

This weekend we're on a road trip with Aristocracy

AD Soak up the last few hours of the weekend in @

Go wild this weekend with the Safari Stack wallpap