Friendly and welcoming, with sublime views and some of the best food on the west coast: this Port Appin institution has it all

Scotland’s west coast has always had a special place in Gordon Campbell Gray’s heart. The Renfrewshire-born businessman has spent his life building luxury hotels in some of the most exotic corners of the world, but in Argyll & Bute he now believes he’s found the most magical spot on earth.

The Pierhouse Hotel in Port Appin had become his local when he was living in the nearby village of Connell. He’d pause here for a few langoustines and a glass of wine, gaze out at the tranquil views of Loch Linnhe, and then take his labradors on a stroll along the shore.
When the owners mentioned they were thinking of putting the hotel on the market, Campbell Gray was relieved to hear that selling to one of their very own customers was exactly what they had in mind. “I was very lucky,” he admits. “And now, on a Sunday evening, when I used to dread leaving this place to begin another working week, I can stay. I really am very lucky.”

He had no grand plans to change the spot he’d become so attached to; on the contrary, he wanted to retain all the things that appealed to him as a loyal patron of the hotel and restaurant – the warmth of a local community, the relaxed atmosphere, the superlative food. “In the first year, we changed almost nothing,” he recalls. “Since then, the alterations have been small and gradual, so that no one notices. It’s not about making it fancy and corporate.”

The Pierhouse’s charm can be found in what was already there: in the staff who make guests feel like they’ve been invited round for a family get-together, and in the sublime location that surely encapsulates everything that makes Scotland so special in one very tiny, end-of-the-road spot. Throw in a hearty seafood dinner and a restful night’s sleep and it’s easy to see why Campbell Gray found himself “beguiled by Argyll”, as he puts it.

The building was originally the pier master’s house, with the pier out front. Ferrymen, taking a break from shuttling locals and tourists alike back and forth to Lismore, drop in for coffee, stoke the fire and chat to the staff, headed up by general manager Fiona McLean; guests are invited to call the staff by their first names, and there are dog-friendly and dog-free areas to keep everyone happy. “I have travelled a lot over the years,” remarks Campbell Gray. “In the best hotels all over the world, staff are primed to know everything about their guests’ needs. Some now are even using facial recognition software. It can be very invasive. Here, guests should feel like they are expected, welcomed and then allowed to morph into invisibility to enjoy their stay.”

The hotel has just 12 rooms, although there are plans afoot to refresh the suites and perhaps add a conservatory. But the pandemic forced Campbell Gray to take stock and have a wel­come slowdown. He wrote letters – 500 of them – to his most loyal guests, thanking them for their return visits post-lockdown. Rather than forging on and making too many changes, he and his team have concentrated on small but meaningful alterations. He’s a big collector of art and furniture, so he has moved treasured bits and pieces from his own home into the hotel, giving it an eclectic, lived-in style. 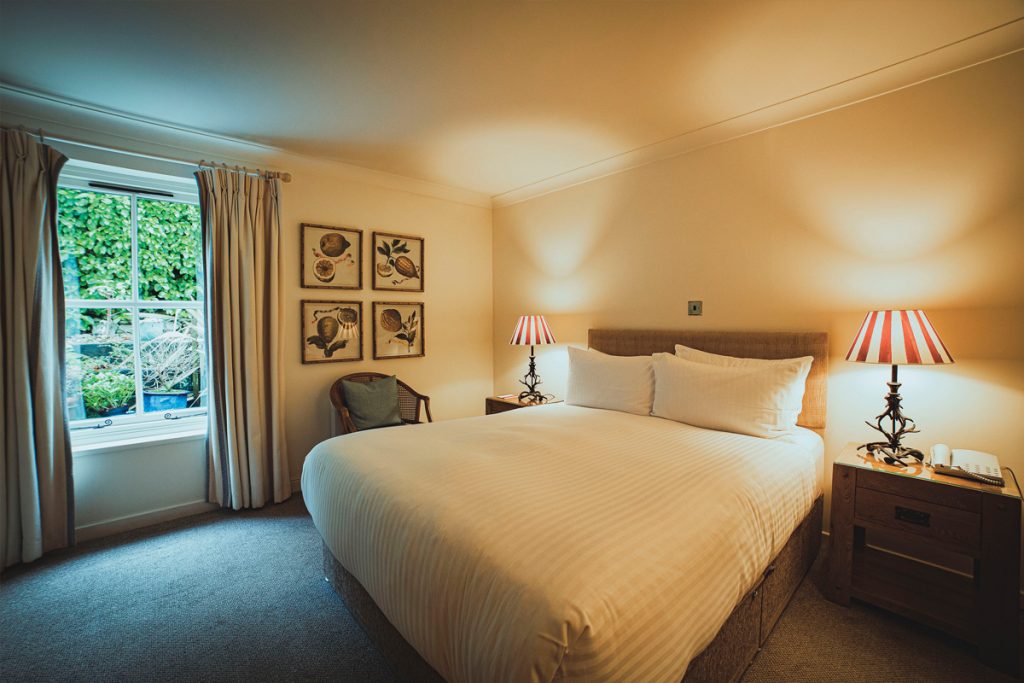 There’s a similar focus on good food. The menus – overseen by chef Michael Leathley – are unpretentious and designed around the incredible produce on the hotel’s doorstep. It’s all about quality and provenance: Loch Crerar oysters farmed by Judith Vajk at the Caledonian Oyster Company are paired with wine suggestions, should you need some guidance, while creel-caught Loch Linnhe langoustines fished by Eoghan Black are meaty and rewarding. Hearty winter favourites hit the spot: roast monkfish stew envelops the senses, as does lemon sole served with smoked potatoes and whisky-glazed carrots. It feels just like the way your granny would dish up dinner without any of the pomp and ceremony of a fancy restaurant, and you’d leave her kitchen thinking you’d just had the best food you’d ever tasted. Clean plates all round, as mine always says.

And it’s not just seafood – there are vegetarian and vegan menus, too, and various food intolerances and allergies are catered for. And even if you don’t think you have room for dessert, give it a go… The apple and hazelnut tarte tatin should persuade you.

Familiar things done well – that feeling of being spoiled but in surroundings so comfortable that you forget you’re not hanging out at your relatives for the weekend: this is what will bring you back to the Pierhouse Hotel. I’m hoping they won’t notice I’ve not left yet.

Prices from £180 (bed and breakfast) for two sharing a room. 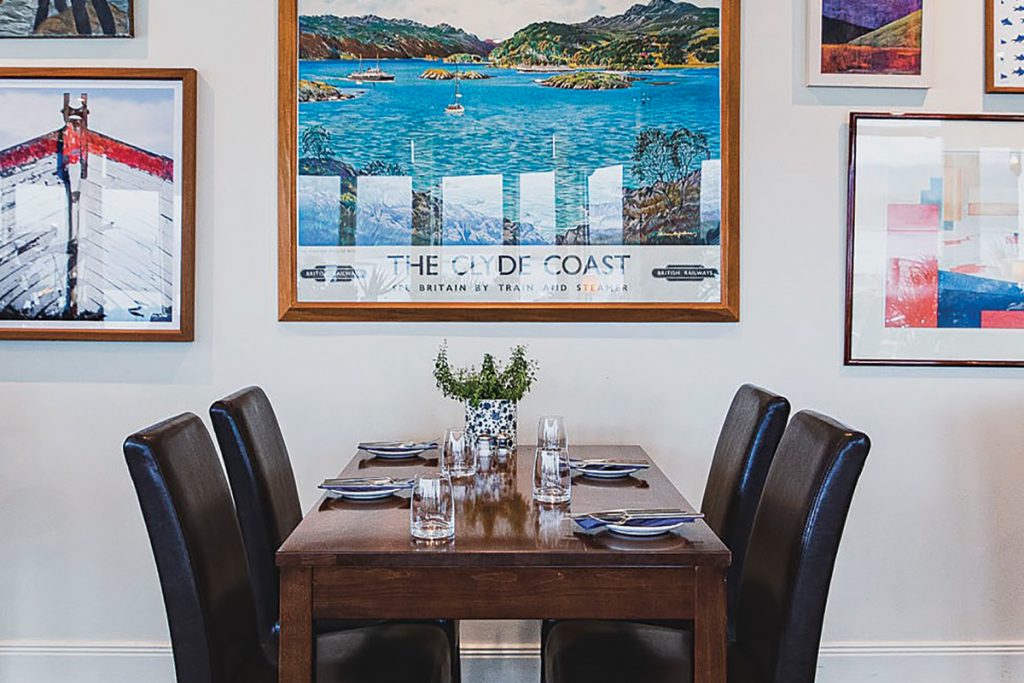