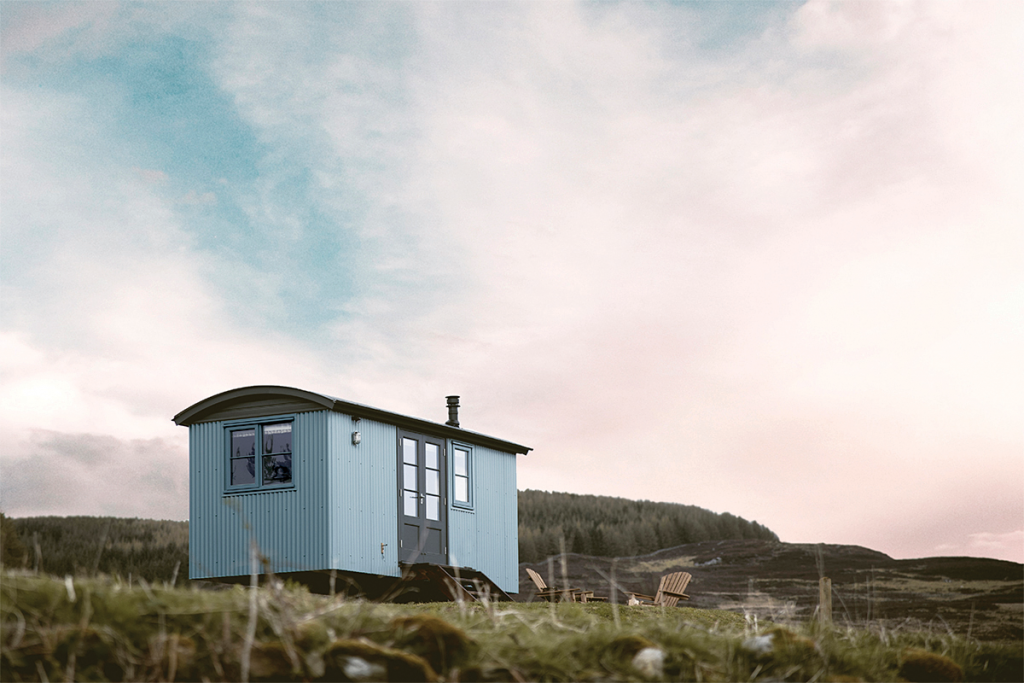 Back when I was a child, holidays were spent in a leaky caravan berthed in a remote field on Donegal’s north-west coast. We’d wake each morning to damp sleeping bags and the midges that had found their way in through the gappy window frames. Notes of silage and mildew filled the air and the sound of braying herds was the only alarm clock. The sounds and scents (minus the mildew) are the same here at Atholl Estates’ new shepherd’s huts, but that’s where the similarities end. And thank goodness.

The estate is made up of more than 144,000 acres of jaw-dropping Perthshire countryside, much of it a lush green that’s so vivid it seems slightly unreal. This is the kind of unspoilt location movie directors dream of (and, indeed, a few big names have already paid a discreet visit). The shepherd’s hut glamping experience has been set up as a way to entice more people to come and enjoy the wider estate.

The roads become narrower and bumpier and the landmarks get thinner on the ground as we head towards the old hill track in the Tulliemet valley where the two shepherd’s huts, Lapwing and Curlew, await. (“Are we going the right way?” wonders my eight-year-old co-pilot several times.) The pay-off is that you are setting up home, even if only for a few nights, in a glorious corner of Scotland that few people have experienced before. The huts, built by hand in Cumbria, are pretty basic in shape and size, but their interiors are surprisingly luxurious, thanks to the efforts of textile designer Jane Bonsor.

Despite the caravan-esque proportions, it’s easy once that door is pulled shut to imagine you’re pottering around a farmhouse kitchen. There’s a Belfast sink, a woodburning stove and a sumptuous double bed. Outside is a firepit and a duo of sheepskin-draped loungers that are as appealing in the autumn (hot chocolate and toasted marshmallows, anyone?) as they are in high summer.

The huts are made for two (canine companions are welcome, too), and are an excellent base from which to explore. You feel immersed in nature, whether birdwatching from the comfort of your built-in cabin bench or venturing out across the estate’s vast acreage. A twilight beaver trail led by David, an ex-military ranger and stalker, was a Friday-night adventure that encapsulated the sheer unspoilt beauty of this part of Scotland: driving down a dirt track and then trekking to a secluded freshwater loch, we encountered no one at all, apart from a couple of in-the-know local dog walkers. As we waited by the pine-enveloped loch, its waters gleaming with the kind of glassy stillness you only ever see in photographs, David assured us that beavers are often spotted here. Sadly, they didn’t make an appearance on this occasion, but we did see evidence of their presence – gnawed tree trunks and beautifully engineered dams – and we learned that the creatures are, in fact, vegetarian and crepuscular, and that they mate for life.

Back at the hut, after a hot chocolate under the stars, we snuggled into the cosy bed. Maybe it was my young travel buddy helping me to see things through fresh eyes, but, considering it’s one of the world’s oldest professions, shepherding doesn’t seem too shabby a career choice if these are your digs.

Prices from £120 per night, atholl-estates.co.uk

Looking for more adventurous places to stay? Check out this dreamy treehouse retreat 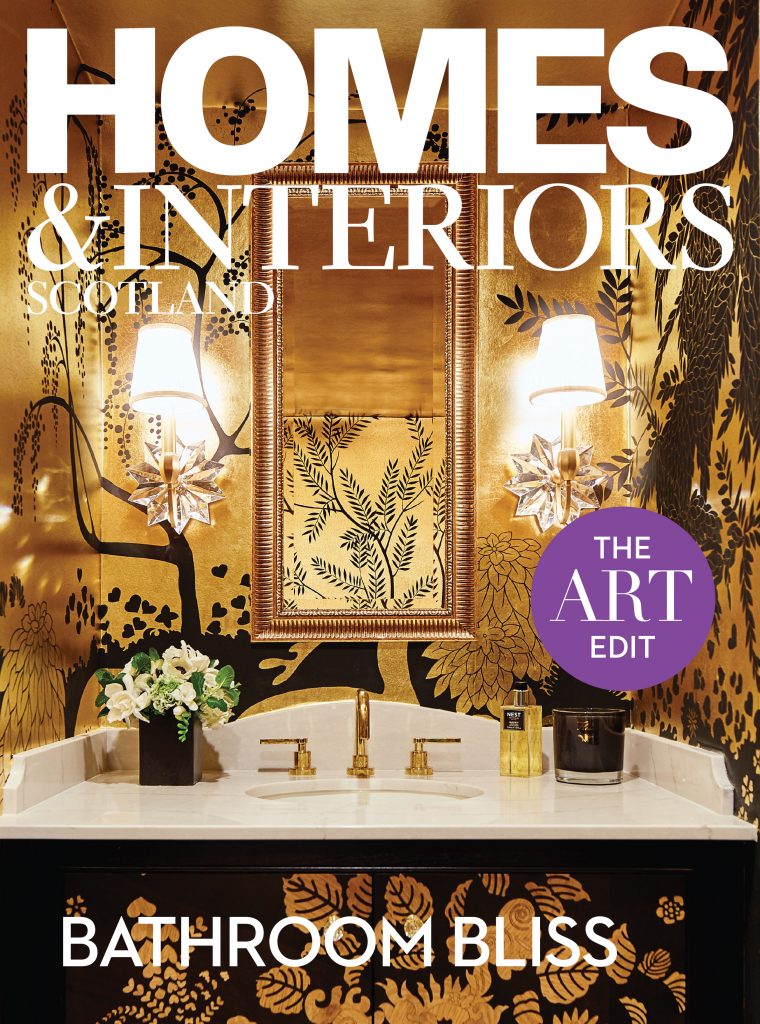 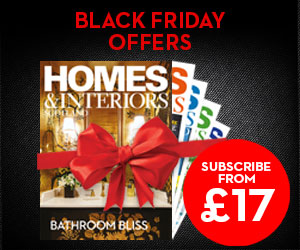 With beautifully presented editorial, lavish photography and quality advertising, Homes & Interiors Scotland is devoted to bringing you the latest in trends, interior design, architecture, gardens, art and property. As well as a substantial focus on kitchens, bedrooms and bathrooms the spotlight is on new and upcoming designers.
Follow on Instagram

💞 Fancy a mega discount on your Homes and Interiors Scotland #Subscription?

➡From November 17th, you can peruse Laura Thomas goodies at its new #Christmas pop-up shop in North Berwick, at 67 High Street, #Glasgow.

⬇ Get the full scoop here!