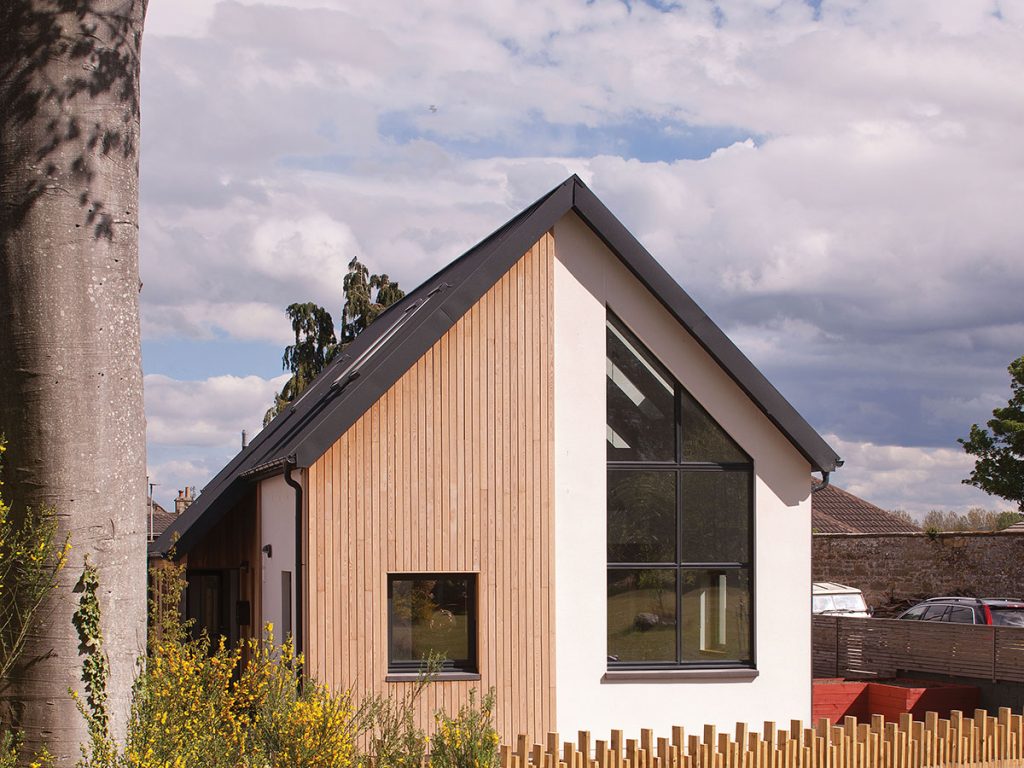 Having the freedom to do exactly what you want is a luxury that most of us never get to experience, least of all when it comes to something as significant as the house you live in. Paula Harte, the owner of this new-build in Moray, is one of those who has reaped the benefits of complete autonomy – even if doing so wasn’t part of her plans at first. In fact, it was only when her search for a house to buy ended without success that she decided to try the self-build route.

Harte, originally from the south of England, is a keen walker who had long hankered after a new life in Scotland among country landscapes, close to the sea but not too far from civilisation. “I just couldn’t find the right house during my search,” she recalls. “At the same time, I was struck by the positive culture of self-building in Scotland.” 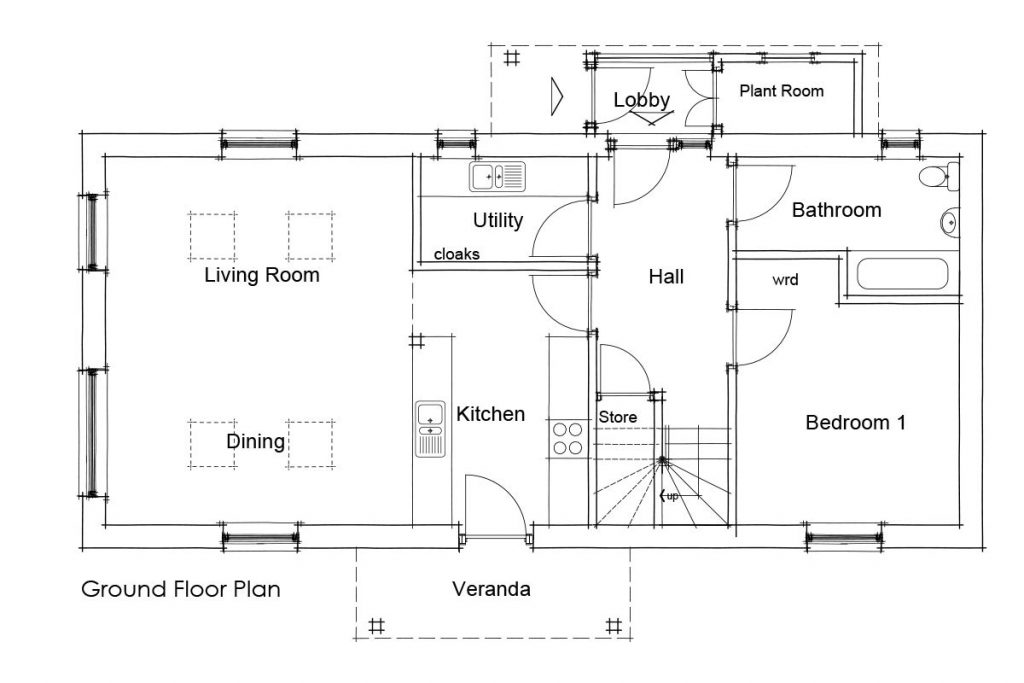 Going back to basics, away from the frustrations of the property market, began to appeal more to Harte, and she switched her focus to finding a plot. During the course of her research, she visited a homebuilding exhibition and got talking to the team from Architeco, a Dunoon-based practice with projects across Scotland; discussing her initial ideas with lead architect Colin Potter helped to pin down her ‘must-haves’, giving him a clearer idea of how to create the home she had in mind.

Harte’s principal desire was for a well-insulated, energy-efficient building, with a simple form that would complement her lifestyle, that would cost little to run and have a minimal impact on the environment. As one way to achieve this, she asked the architects to come up with a design that would maximise solar gain. All of this spoke to Architeco’s strengths – the practice specialises in sustainable design and low-energy buildings, and has particular expertise in Passivhaus construction.

The firm’s Caber range of kit houses was the obvious place to start. The standard design has been adapted to produce a bespoke home for Harte, as Potter explains: “The client wanted us to get as close to the Passivhaus standard as possible, so energy efficiencies were a priority. We took a fabric-first approach – the house is constructed using SIPs (structural insulated panels), with high levels of air-tightness. 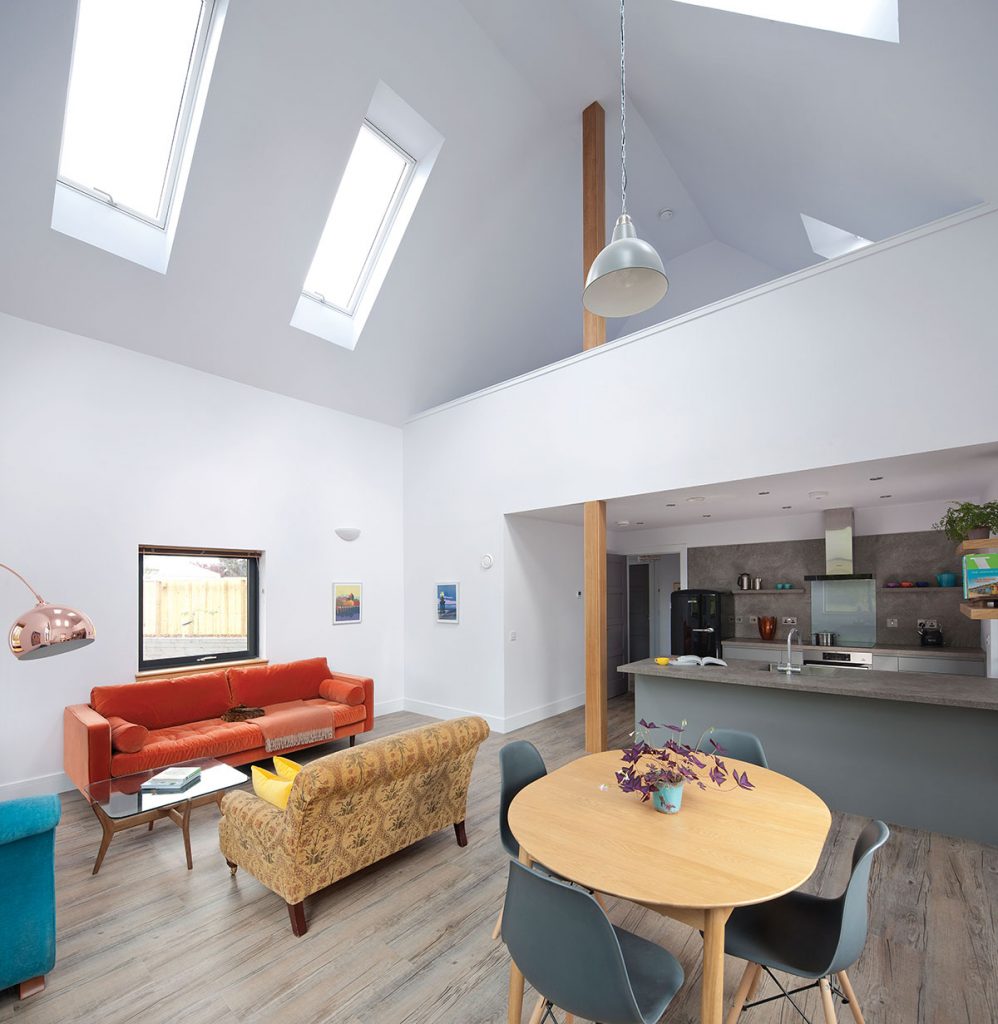 Triple-glazed windows by Nordvest were positioned where they would best frame the views, such as the garden’s magnificent copper beech

“Hot water and underfloor heating is provided by an air-source heat pump, while a mechanical heat-recovery ventilation system supplies fresh air. We energy-modelled the house to optimise its performance and paid particular attention to preventing it overheating, which can be a potential hazard with a well-insulated building.”

The architects also assisted their client by reviewing the various plots she was considering purchasing. The one she chose in the end, high on a hillside above the River Lossie, met with Potter’s approval: “It’s a great site for an urban location, with large open spaces but right in the heart of the town,” he says. “There are wonderful views across a private wooded parkland garden towards historic Elgin city, with a huge mature copper beech tree at the edge of the gorgeous site.”

Since the plot is actually part of the garden of a listed Georgian mansion, there were design implications for Architeco, with Potter consciously trying to create an aesthetic that would be in keeping with the new property’s grand surroundings. He wanted the low-energy spec and the unique site to work in harmony, while also showing sensitivity to the period character of the existing house. 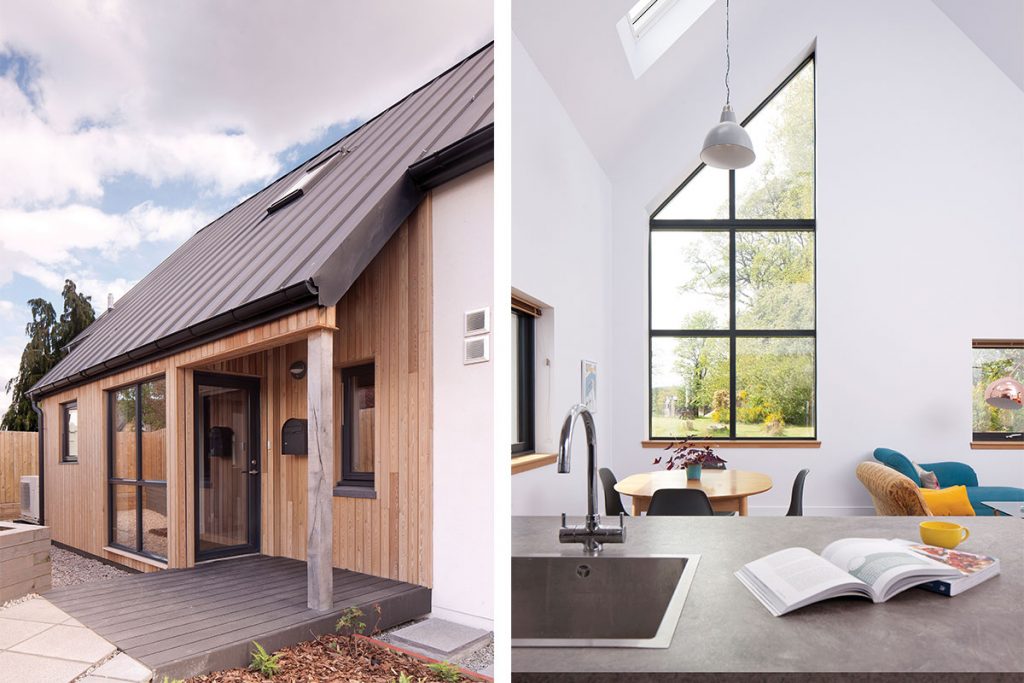 From left: The entrance shows the simple palette of materials: Siberian larch by Russwood, a roof by Mark Copper, and white render typical of the area, courtesy of Michael Burgess Builders; Triple-glazed windows by Nordvest were positioned where they would best frame the views, such as the garden’s magnificent copper beech

“The new building is long and thin, with a 45-degree roof pitch to reflect the surrounding architecture of the elegant streets of Elgin,” he says. “But that roof is aluminium – a modern construction material – and it has standing seams. There is a tradition of aluminium roofs in older buildings too, though. And the gables have been rendered [by Michael Burgess Builders] to echo those of nearby homes.” More modernity is found in the relaxed palette of materials, such as the Siberian larch cladding from Russwood that envelops the exterior.

A veranda provides shelter from the rain as well as shade to prevent overheating. “Passivhaus detailing eliminates cold-bridging while also inhibiting condensation and mould growth,” explains Potter. “A draught lobby forms an air-lock to avoid heat loss when entering, further protected by an entrance canopy.”

The simplicity of the house is one of its greatest attributes. Within a small footprint (just 6m x 13m), the tight, considered design has given Harte optimum functionality without any compromise on style. The living-kitchen-dining area is open all the way up to the apex of the roof, with a mezzanine study tucked away above on one side. The same flooring has been used throughout the ground floor (Driftwood by Earthwerks), connecting the various spaces and drawing on the woodland outside to intensify the simple form of the house.

Velux rooflights pull in uninterrupted natural light, and a Nordvest triple-glazed picture window on the west elevation brings an almost ecclesiastical ambience to the very light, airy space. “The extensive glazing literally reflects the surroundings – the window reflects the beech tree and is just stunning,” remarks the architect, “and the bedroom window was positioned opposite a gate through the old stone garden wall to give a framed view down the valley.” 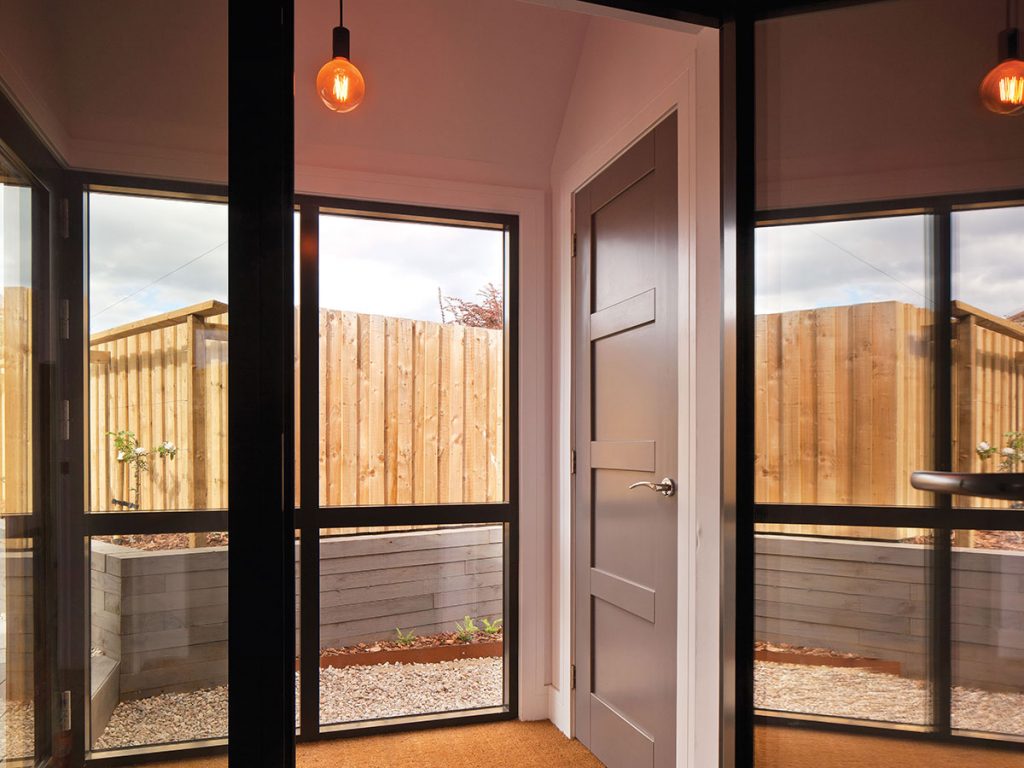 The entrance hallway has a draught lobby to prevent heat loss