The natural world inspires James Parker’s sculptures, but the self-taught artist has been influenced just as much by his experience of growing up on a farm 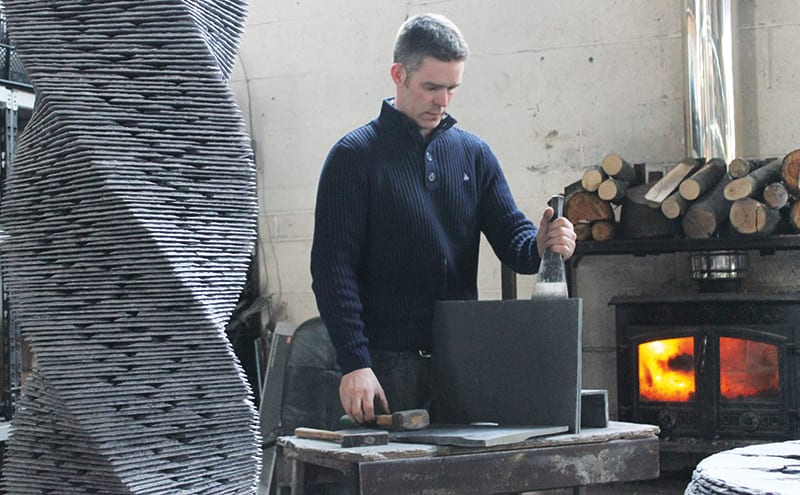 Parker spends as much time as he can in the workshop

Homemade gifts are the best. Ask any parent; the pasta necklaces, egg-box houses and papier-mâché heads are the presents that are kept forever, once the wrapping paper and ribbon have been discarded.

James Parker’s granny got the mother of all homemade gifts in 2007, when her grandson made a sculpture for her. What was intended as a thoughtful addition to her well-tended garden in the Galloway countryside set Parker off on a new career path. “That sculpture was placed in quite a prominent position, and lots of people asked about it,” he says. “It got a lot of attention.”

It was his father who had taught him how to work with slate. He and his two brothers and two sisters lived with their parents on a farm in Galloway. “The farm had a huge influence on our lives,” says Parker. “As a farmer, my dad would have to repair gaps in the drystone walling and I would help him. I just picked it up naturally.” 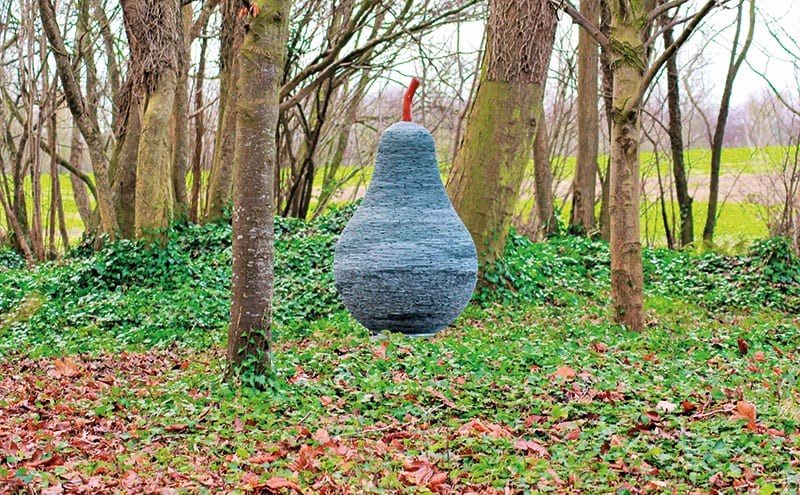 After his father’s death, Parker served in the Armed Forces for six years. On his return to Scotland and at a crossroads in his career, a moment of serendipity showed him that sculpture could become more than simply a hobby. “I was helping a friend repair a wall and I could feel what a cathartic, absorbing experience working with slate was for me.”

He took some of his work to the Royal Highland Show for the first time in 2010 and demand for commissions has grown significantly year on year, with clients from all over the world commissioning bespoke pieces for their gardens. “I have a lot of clients from America and Canada in particular,” says the self-taught sculptor. 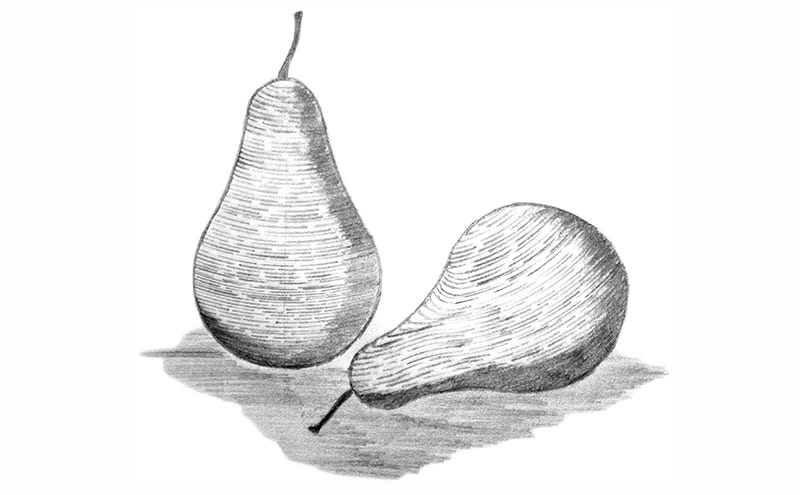 Sketches on paper preceded the construction

“I think they feel a connection in my work, perhaps subconsciously, between this country and their own. It’s so organic. It’s not a huge leap to see similarities whether my work is placed in the Scottish hills or by the side of a Canadian lake in British Columbia.”

Although Parker also works with glass and steel, his preferred medium is slate, and he started out experimenting with a pile of it that a farmer had left by the side of the road. It’s not just a link back to the days he’d spend drystone walling with his father; it’s also the material that he feels best encapsulates elements of Scotland. 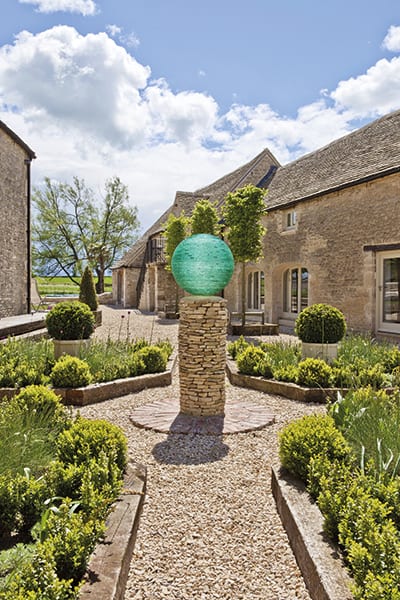 Aurora, a commission in the Cotswolds 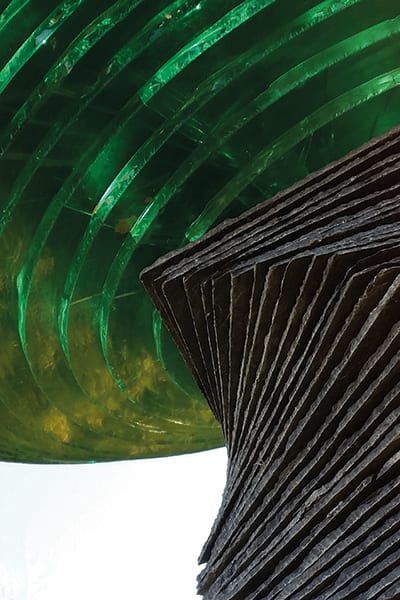 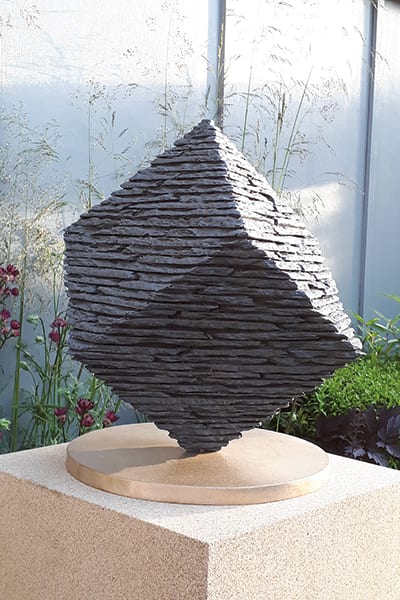 Cast from the slate original, Cube is a limited edition in bronze

Its qualities give his work something unique. Heathery hues, greens and yellows left by lichen and moss, and deep greys that glisten as the rain beats down on the structures add new dimensions to these gargantuan pieces.

Parker begins each project with pencil and paper, sketching out shapes to determine how he will fashion the new design. He takes his cue from biology, believing that nature has already proven which shapes work best both practically and aesthetically.

“I have quite a mathematical mind and I really enjoy problem-solving,” he admits, “but you get to know which curves and spirals, which lines and shapes are likely to succeed. If it’s difficult to draw in two dimensions, it’s probably not going to work as a sculpture.”

Pieces like Creation, an egg-shaped structure, explore the geometry of nature. “A subtle change in a line or a curve can completely alter the appearance of a sculpture. With the egg, for example, your eye is always drawn to the top of the form and I’m obsessive about getting it just right, which is impossible. But there’s perfection in its imperfection.”

With two small children – he and his wife have a six-month-old baby and a two-year-old – Parker’s mornings start early but it serves him well, meaning he can be in the workshop by 7.30am. His last commission weighed 14 tons and, like most of his works, was made in sections, transported and then put together like a jigsaw puzzle on site. “I get to go on lots of nice trips around the world and see my work in grand estates, but there is no substitute for hard work.”

James Parker Sculpture is at the RHS Chelsea Flower Show, London, 22 to 26 May