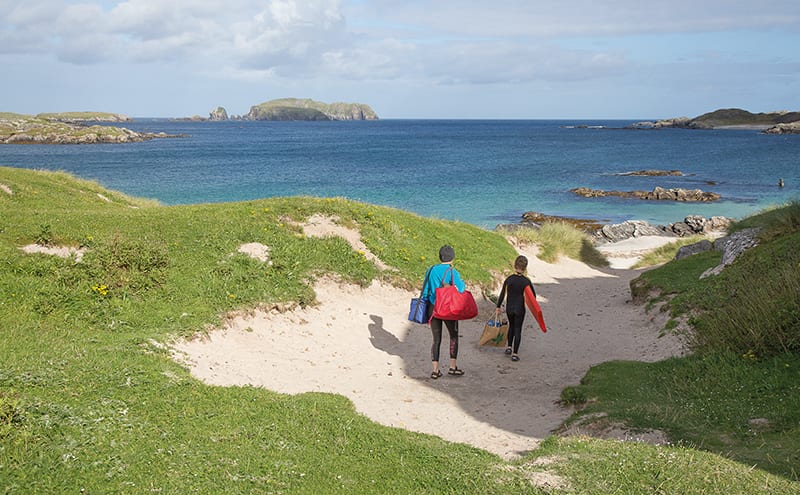 Idyllic family holidays on the Isle of Lewis persuaded the couple to build their own haven in the Hebrides, on a secluded coastal plot with views of the wild Atlantic

Some places just grab you and won’t let go. That, at least, is what Sally and Richard Norman felt when they first visited the west coast of Lewis in the early 1990s. The couple, who live not far from London, fell in love with the island’s white sand beaches and clear turquoise waters. The latter are not just home to lobsters, crabs, crayfish, seals and basking sharks: there are magnificent cliffs and rocky crags under this stretch of pristine Atlantic – all of which lend themselves perfectly to scuba diving. Richard was already a keen diver, but soon the whole family was hooked. “We started coming here in 1993 and it was so good we never went anywhere else,” he says. “The children loved being on the beach and in the sea in their wetsuits, messing about on boats. They had tremendous freedom.”

Idyllic family holidays were spent fishing for mackerel then cooking it over an open fire on the beach. “We’d come up with friends and in-laws and had a fantastic time, but years of renting small holiday homes was wearing thin,” says Sally. “We started looking for a house to buy, but anything we found that was remotely suitable would have needed a lot of work to give us what we wanted. It simply wouldn’t have been economically viable.” 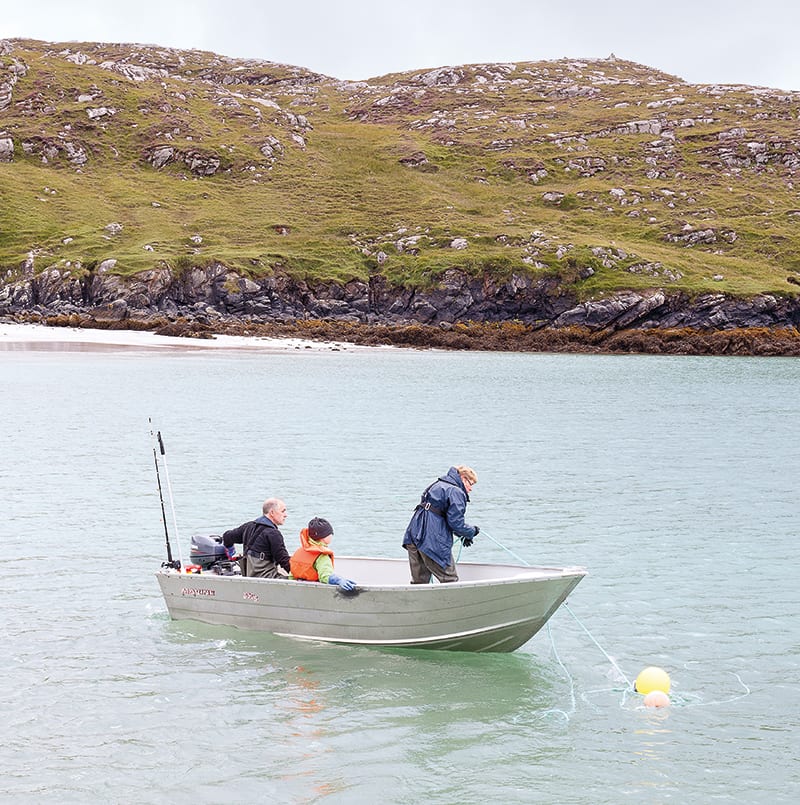 They realised they’d have to build from scratch to get what they wanted, and eventually, in 2007, they found a plot on the shores of Great Bernara, a tiny isle just across a small bridge from the west coast of Lewis. Their intention was to build a house in the local vernacular: “We wanted something that would be consistent with the history of the island – plus a contemporary interior.”

In the past, houses on Lewis had been built for shelter alone. They were often sited facing away from the sea (and the views) to protect their inhabitants from the elements. Life was tough; crofters had to be pretty self-sufficient, and few had time to stop and admire the views. Fancy architecture was not a priority. Historically, there were two styles of house on the island, both pretty utilitarian in form and function: the long house and the white house. White houses have dormer windows and a painted harled finish. Long houses (also called black houses) are single-storey stone dwellings, one room deep. 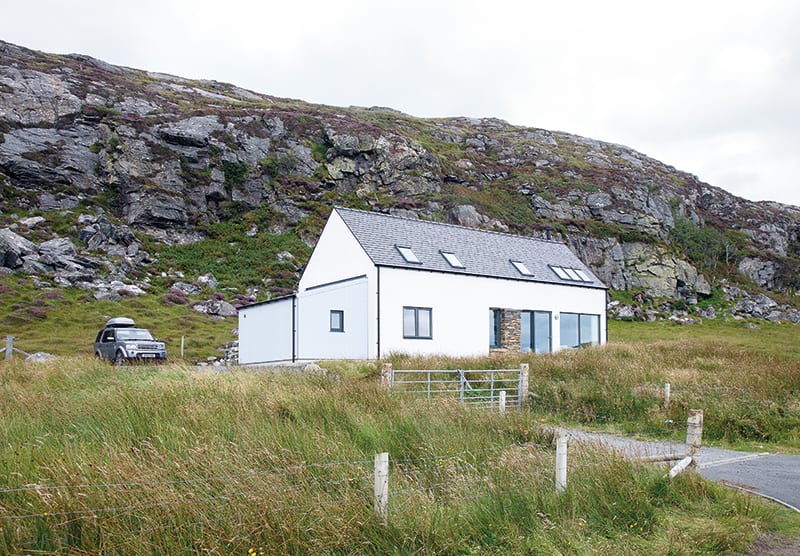 When Sally and Richard started investigating their options they discovered that local builders were not fans of these traditional styles, modern suburban villas being to their mind much more practical. “We found it hard to find anyone on the island who shared our ideas and our vision for the build,” admits Richard.

By now it was 2009, and in the wake of the financial crash they put their plans on hold. “We were basically in limbo for three or four years while we tried to work out if we could afford to go ahead – and, if so, if we’d ever find someone who could help us develop our dream,” says Sally.

This is just a taster, you can browse the full article with more stunning photography on pages 20-24, issue 113.