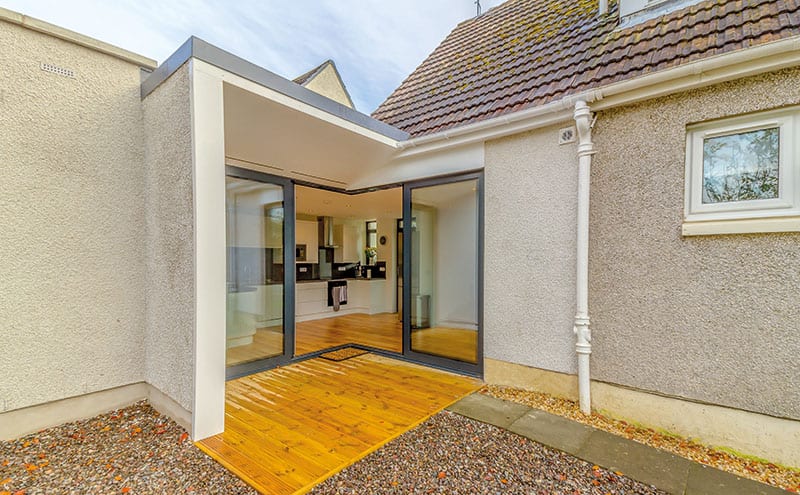 Homes go through a process of evolution. The ‘must-haves’ that led you to make the purchase in the first place can change over time; the arrival of children, for instance, often alters what you need from a building, making it less about proximity to the city centre, perhaps, and more about connecting with the outside space and finding better storage solu­tions. Moving house as seldom as possible is generally what most people want, and so renovating what you’ve got, improving the space you already have or adding an extension to your home becomes more attractive. And not only is it often easier to stay put and make some changes, it can be cheaper too. 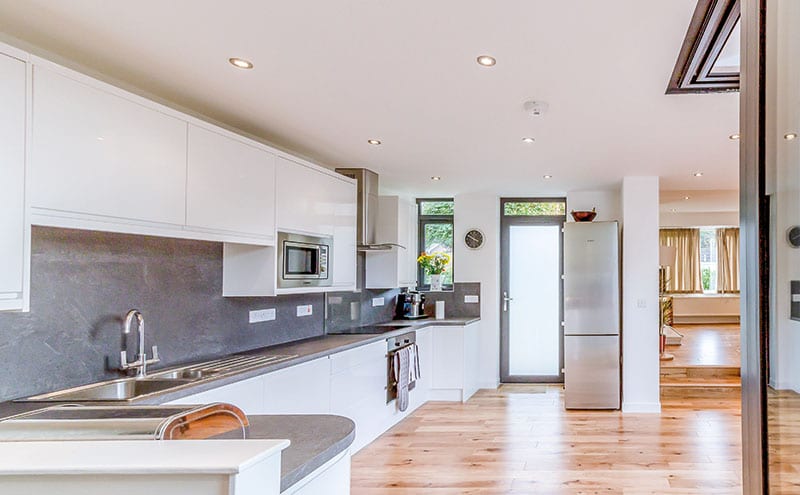 James Wilson and Joanna Stuart bought their detached house in the Edinburgh suburbs four years ago. They already had one child when they moved in, with another baby on the way, and were seeking something a bit different from their old city-centre flat, something that would give them a bit more space. This house had a good-sized garden and, despite being a bit shabby and run-down, had the potential to fulfil their needs. “It was slightly unloved,” recalls James. “It had been rented out and was a little old-fashioned.

“We had concerns that it only had one bathroom and that the overall space could become cramped as our two boys grew up. However, as it was a detached property, we knew that an extension would always be an option. It was also reassuring to see that our neighbour had a fantastic modern extension – it gave us a vision of what our home could potentially look like.”

The layout of the house was fairly typical of a mid-20th-century detached family home, with four rooms downstairs (a living room, kitchen, spare bedroom and children’s playroom), with the rest of the bedrooms and a family bathroom upstairs. Spending time getting to know the place helped them to evaluate its strengths and figure out what it lacked, before, three years on, seeking expert advice on how it could be improved.

The couple knew they wanted a second bathroom and that the kitchen needed upgrading and modifica­tions. Impressed by their next-door neighbour’s contemporary garden-room extension, they contacted the architect who’d designed it, keen to see what could be done with their own property. 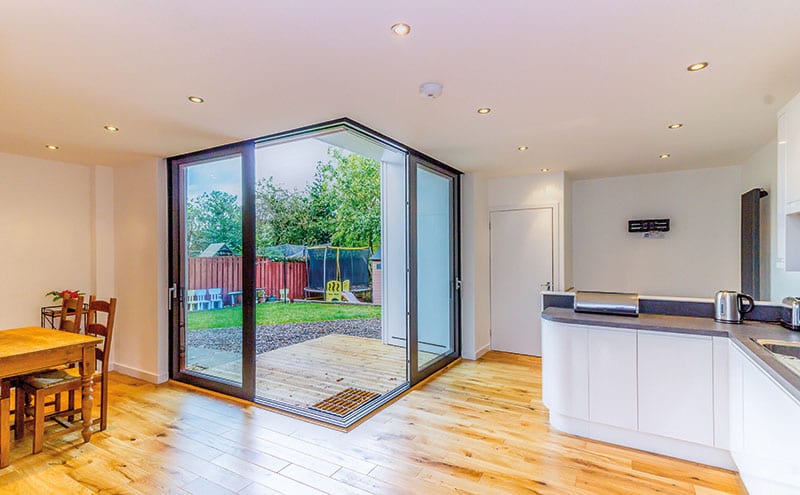 “It was the first time I could respond to a context that I had created,” says Niall Hedderman, director of Capital A Architecture. “The brief for that first job couldn’t have been more different from what James and Joanna were looking for. Back then, I had been asked to design something to take advantage of a mature garden, and we produced something that was glazed wall to wall and floor to ceiling. This second house, in contrast, needed an intimate hub for family life.”

The site was also tighter and Niall saw that there were limited options for the layout. He didn’t want to  eat into the garden, so suggested removing the garage to create the space needed for a new kitchen-diner and a bathroom. The existing kitchen, at the rear of the house, was a draughty, dark room, particularly in winter. “There was just enough space for us all to eat around a small kitchen table, but it wasn’t particularly relaxing,” says Joanna.

Niall’s solution was to incorporate part of the existing house – the original living room – into the new extension. By removing the external wall of the house, and installing a large pair of Reynaers sliding glass doors from Mitchell Glass at the new internal corner, the open-plan space is connected to the garden. A new entrance to the house has been built, with the extension situated at the end of the driveway.

The new doorway leads directly into the open-plan kitchen-dining-living area, an idea Niall proposed as an effective solution for a busy family. This fresh arrange-ment means that guests can be steered away from the more private rooms in the house, towards the communal spaces designed for entertaining. It also satisfies the ‘Tesco Test’, as the architect has dubbed it; having the quickest route from car boot to kitchen (a Wren Kitchens model) in order to unpack groceries efficiently. “I wanted to create a distinction between the private areas of the house and the public spaces,” he explains. “Creating a new entrance means the family don’t have to access the hallway.”

Both the new entrance at the front of the property and the glazed corner section looking out to the garden have canopies. With durability a key consideration for the architect, the cantilevered roof sections have been clad in marine ply and coated in yacht paint.

The extension is adjacent to the neighbour’s garden room, so it made sense for Niall to choose materials and proportions for this new build that would complement his earlier piece of work. While the garden room is bold and quite obviously different to the house to which it is attached, James and Joanna’s extension is designed to be more intimate and inward-looking. The open-plan area is two steps lower than the rest of the house, to allow a seamless transition out to the garden. “Making the new open-plan space split level and staggered helps to create a sense of separation in the room,” explains Niall. “This allows the whole family to be together without getting in each other’s way. And all four of them can sit and watch television together without having to look at dishes in the sink.”

Alongside the new living space, Niall also managed to incorporate an integrated bike store into the extension, with its own doorway which has been clad in decking that mirrors the wood outside the patio doors.

“There is now so much more space and light than we could have ever imagined,” says Joanna. “The extension has definitely changed the way we live in the house; we spend more time together as a family – and cooking has become less of a chore because you no longer feel hidden away in a dark kitchen.”