Tower Mill, formerly a spinning mill, once served the flourishing textile industry of Hawick. It was the river system that powered the industry, the Slitrig Water turning the enormous waterwheel. Today, while the rivers still run, and the salmon leap, the textile industry is in terminal decline and Tower Mill fell out of use and became derelict. Now, though, it has been beautifully restored as part of an arts and culture-led regeneration project, Heart of Hawick, and is home to a cinema and a café.

I love this building because of what it represents. It once brought people, technology, water and wool together in a working harmony central to Hawick’s identity. Today, it is helping the town to redefine itself, hosting the Alchemy Film and Moving Image Festival and attrac­ting filmmakers from around the globe. This year, Alchemy is curating Scotland’s national exhibition at the Venice Biennale, presenting the artist Rachel Maclean. 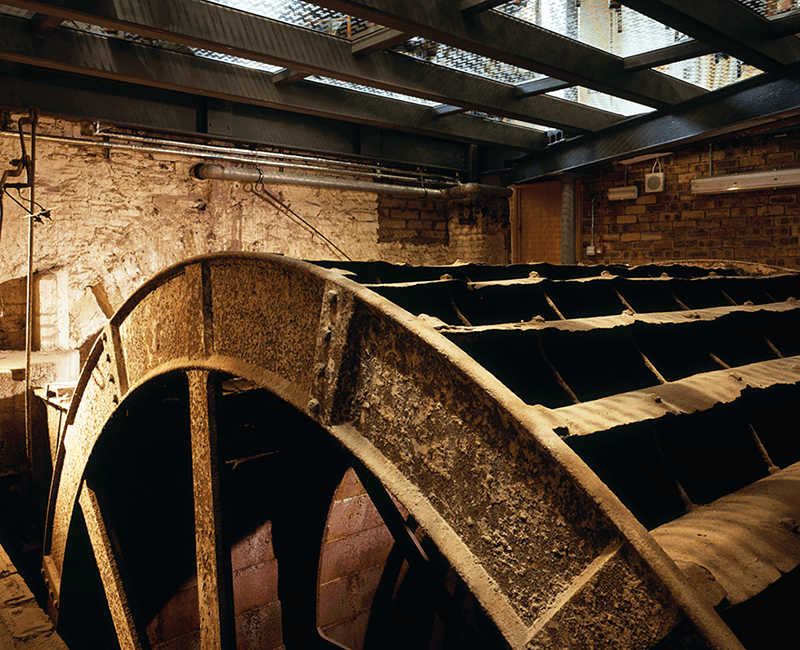 “Ruskin believed that architecture could harmonise art, nature and the human spirit, uplifting the lives of everyone”

From Hawick to Venice, I am reminded of John Ruskin, the great British art critic and social reformer. Ruskin was captivated by a tiny plant, ivy-leaved toadflax, that he saw growing from the crumbling capitals of St Mark’s in Venice. He called it Erba della Madonna, and praised it for its grace and humility. I also see it here, growing between the cracks of Hawick’s mills. Ruskin might have appreciated this, for he believed that architecture could harmonise art, nature and the human spirit, uplifting the lives of everyone, regardless of their education and privilege. I feel that echo, here in Tower Mill.