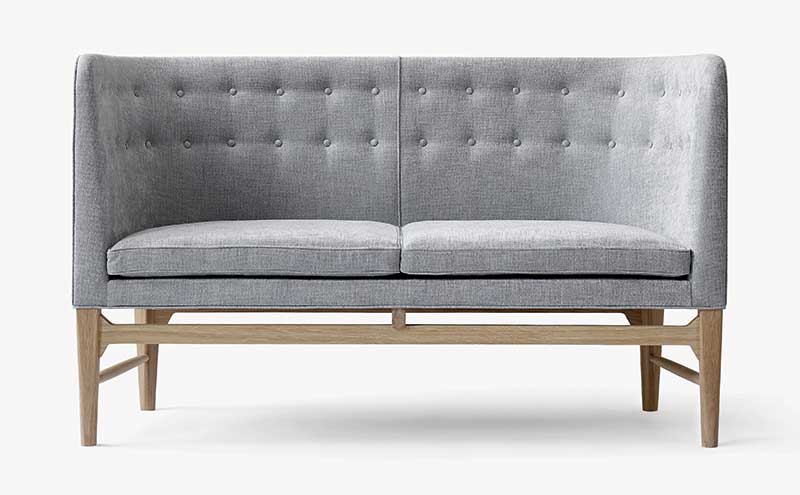 The new smaller Mayor sofa, the AJ6, in maple wood

THE DESIGNERS Arne Jacobsen and Flemming Lassen met at boarding school, where Lassen convinced Jacobsen to swap painting for architecture, a decision that proved to be the making of the pair.

THE HISTORY Designed in its original dimensions in 1939, the Mayor sofa was part of Jacobsen and Lassen’s modernist vision for Søllerød City Hall in their native Denmark.

THE FINISH The frame is handcrafted in solid oak and comes upholstered in leather or Kvadrat fabric in a range of colours.

THE VERDICT Although smaller than the original, the Mayor AJ6 is no less impressive and is now perfectly suited to the modern home, particularly as the trend for ‘small living’ gathers steam.

The Mayor sofa by Arne Jacobsen and Flemming Lassen was ripe for revival: we’ve seen all things Scandi win acclaim in recent years, be it on our TV screens or in our interiors. But how to make a classic work for now, and how to ensure that this 1930s design is suited to modern living?

Danish design company &tradition, whose portfolio of furniture and lighting stretches from the 1930s to the present, knows just how to answer these questions. Established in 2010, its founding principle is to unite tradition with innovation, something elegantly achieved with the revamping of this classic design.

Jacobsen and Lassen, who were both architects and designers, came up with the design of the Søllerød City Hall,  just to the north of Copenhagen, in 1942. They also designed its chairs, desks, lamps and textiles and a wedding room in whose waiting room the original three-seater Mayor AJ5 could be found (proof, if needed, that modernist designs need not be bereft of romance). In fact, this prolific pair took a very human approach to modernism and focused on making spaces as liveable as possible.

The AJ6 sees the design reworked to accommodate two people rather than three. At just 138cm long, it is small enough for even the neatest city pad, but its gently curving sides and high back mean it’s still recognisable as the work of these towering figures of Danish Modernism. 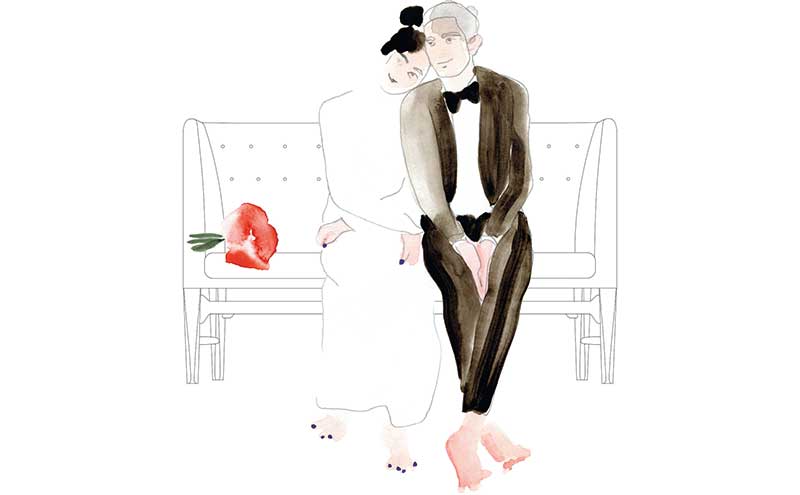 Jacobsen and Lassen achieved fame in 1929 with their highly acclaimed glass-and-concrete House of the Future, which won a Danish Architects’ Association competition. Some elements of this flat-roofed, spiral-shaped design, such as the helicopter pad and conveyor tube for the post, may not yet be staples of our homes today, but others are: the kitchen, for example, was stocked with ready meals, an unheard-of convenience at the time. Following this breakthrough build, they continued to work both together and individually, creating products that attract high praise (and high prices) to this day.

The Mayor AJ6 reflects the simple, streamlined designs typical of the Functionalist movement in which Jacobsen and Lassen were involved. Built by hand by skilled craftsmen, the frame is solid oak, while the loose cushions with their simple button detailing are upholstered in Kvadrat fabric or Camo leather. “The work of these two maestros of Danish Modernism are key additions to our &tradition collection,” says the brand’s Martin Kornbek Hansen. “By updating the sofa with contemporary colours such as mauve, aubergine and yellow, it’s instantly apparent how the design triumphantly stands the test of time.”

The popularity of the original sofa was shown when it won Best Reissue in the 2013 Wallpaper awards, impressing judges such as fashion designer Rick Owens and China’s first Pritzker Prize-winning architect, Wang Shu. A classic design which impresses even the edgiest tastemakers? Sounds like the Mayor’s revival has proved a major success.